Python vs Ruby: What to Choose Between Ruby And Python in 2023? 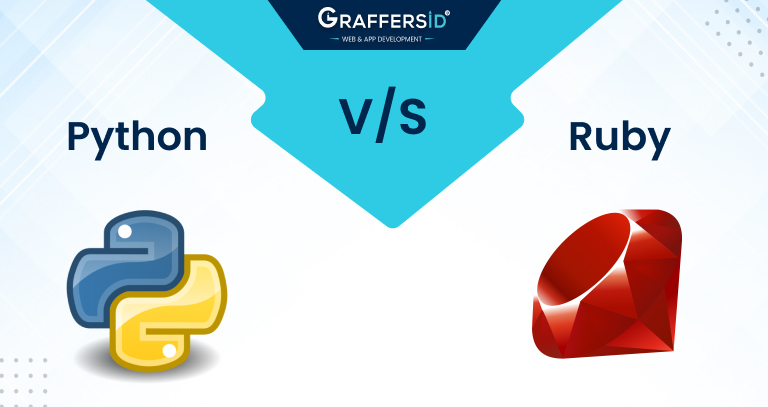 Ruby on Rails programming language is one of the most popular programming languages and is used to build websites. It is often compared to languages like JavaScript, Python, or PHP and it has a lot of similarities with Python. Ruby on Rails was designed with an emphasis on simplicity, power, and readability. It can be used for all types of programmers, but mostly for web applications and as a backend scripting language. The syntax is based on English, which makes it easy to follow and use. It also has very good libraries that make it a great choice for programmers with limited time.

Python is a powerful, flexible, and popular programming language. Python’s design makes it easy to learn and use.

Python has been around since 1991 and it was conceived by a Dutch programmer. It is an interpreted high-level programming language with an emphasis on readability nurtured by the designer of the language – Guido van Rossum. The interpreter itself is open source and has been released under the GNU General Public Licence as well as a 3-Clause BSD License (Python License). 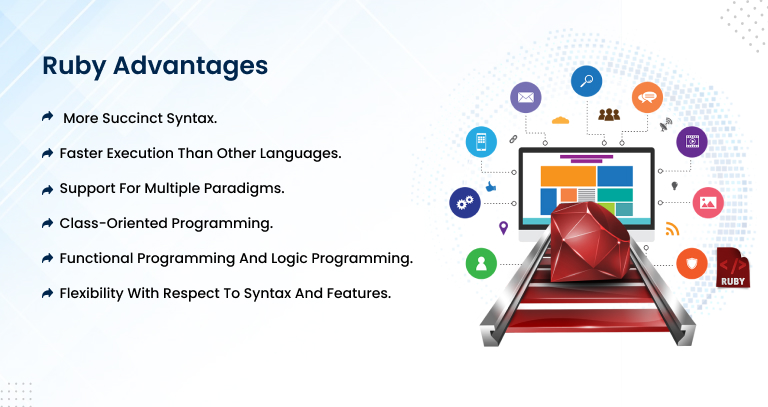 There are many benefits of using Ruby programming language:

Ruby is a popular programming language for web application developers. It was designed to be a lightweight, interpreted, and object-oriented language.

The Ruby Disadvantages are:

Python is a general-purpose programming language. The features it offers make it a flexible and powerful choice for data analysis and machine learning.

Python is an open-source programming language that lets developers build just about anything they can imagine, from apps to games to web services.

The following are some of the features that Python offers: 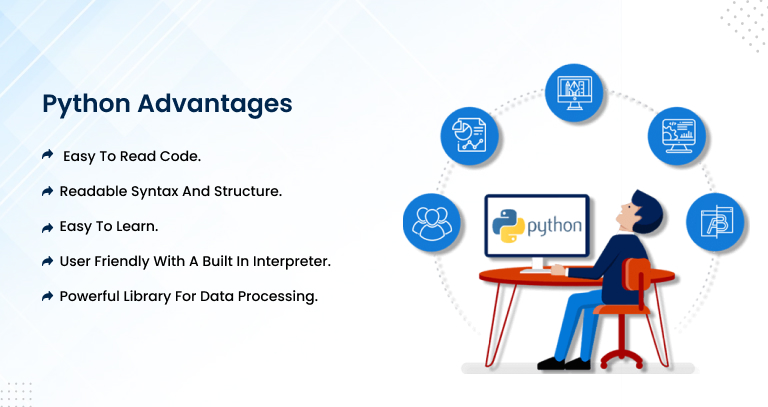 The Advantages of Python languages are:

Python is a widely used programming language, but it doesn’t mean that it is without disadvantages. It can also be an issue for developers at times. This article lists the disadvantages of Python.

Similarities Between Python And Ruby

Python and Ruby are both object-oriented programming languages with a lot of similarities that make them comparable.

Key Difference Between Python vs Ruby

Python is one of the most popular coding languages for developers. It is easy to learn, has a large community, and has an abundance of third-party libraries. Ruby, on the other hand, is a beautiful programming language that’s used to create web apps.

One of the main differences between Python and Ruby is their syntax. Python uses indentation to signify code blocks, while Ruby uses brackets. Another difference between Python and Ruby is their community size – Python has a larger community than Ruby does. More developers use it which means that there are more tutorials and packages available for it online or offline in book form which can be very helpful in learning how to code with Python.

Python also has an abundance of third-party libraries available through PyPI, while Rails only has a few that can be installed separately from gems (Ruby’s package manager). This gives you greater flexibility in your development process with Python as you can choose exactly what you need without being limited by what s available.

Python VS Ruby: Is There a Winner?

Python VS Ruby is a question that has been asked over the years, and there is no right answer. It all depends on what you need as a developer.

Ruby is an object-oriented programming language with a dynamic style that feels comfortable to many developers because it enables them to write code more quickly than languages like Java or C++.

Python, on the other hand, has classes and supports multiple programming paradigms.

Some Python programmers say that Python’s syntax makes it easier for people to read in contrast with Ruby’s more compact syntax.

What does Google Trends Data show about Python VS Ruby on Rails?

Data from Google Trends show that more people search for the term ‘Python’ than ‘Ruby.

As of today, Google Trends data show that 26% of people worldwide who search for the term ‘Python’ are interested in Python programming language.

Meanwhile, 18% of those who search for the term ‘Ruby’ are interested in the Ruby programming language. There is also a vast difference in geographic location based on this data.

The choice of which language is best for your project depends on what you intend to do with it. You should decide whether you need a language that is easy to learn, one that is object-oriented, or one that has a large number of libraries available.

Which is more popular, Ruby or Python?

Ruby and Python are both popular programming languages that are used in many applications. It is hard to say which one is more popular.

Some people still prefer to use Ruby because they think it’s a little easier to read.

But Python is thought of as the better language by some because it’s designed to be easy to code with, and there are lots of built-in data structures and libraries that can help programmers save time.

Can you use Ruby and Python together?

Can you use Ruby and Python together? The short answer is yes. You can even mix the two languages in one code file or data file without any conflict.

Is ruby faster than python?

A lot of research has been done on how fast Ruby and Python are and there are many different opinions on which is faster. Some people say that Ruby is slower because it has more lines of code but others say that this isn’t true at all.

The best part of both these languages is that they are easy to learn and use. They have a lot of resources available online for programmers who are just starting out with them.

Connect with Experts of GraffersID for Web & App development

GraffersID is a one-stop destination for all kinds of web and app development. Get in touch with us to know more about our services.

GraffersID provides a one-stop destination for your entire web and app development needs. We are happy to assist you in any matter related to web or app development, be it design, strategy, execution, or project management.