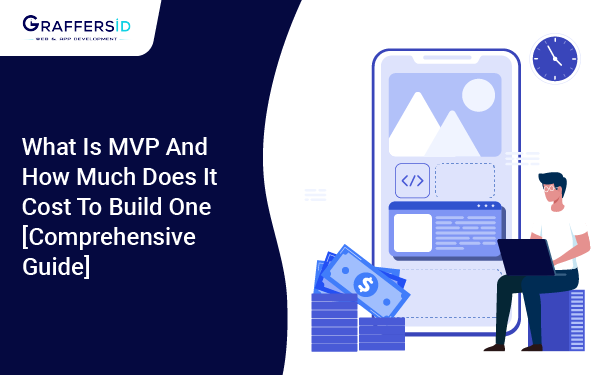 Have an idea that can beat Instagram or create competition for popular dating apps like Tinder and Bumble? Then, why not just try to wait.

Now, you might be thinking that apps are no small undertaking. And, yes, you are absolutely right. But, then what, will you give up so easily?

No, there is no such need. Yes, applications are not cheap to build and maintain, but we have an alternative too. Why not consider launching a Minimum Viable Product (MVP) before creating a new mobile app. With an MVP, you have a lower risk and you will not have to spend thousands of dollars to test your concept on the market.

What is MVP ( Minimum Viable Product)?

A Minimum Viable Product is that version of a new product which includes basic features of an application, which are enough to get validated learning about customers with the least effort. MVP can be an application with only the essential features, a landing page or a service that appears to be automated, but is manual behind the scene.

MVP offers you a way to:

Developing the concept of the application is another way to look at MVP. MVP, otherwise known as Proof-of-Concept mainly involves verifying the technical side of major product hypothesis. What makes POC different from an MVP is how it is being processed on the side of the development team. MVP is mostly based on fixing bugs, as you go throughout the Alpha and Beta testing of the application.

POC is a prototype that combines technical verification of features with real-life contexts. Although POC and prototype are often used interchangeably, they are not the same thing. The prototype is creating a coherent product rather than conducting technical tests. So, with a prototype, you focus on things integrations, UI and core features. Moreover, prototypes are only used for internal testing.

Read More: 10 Principles to UI Design as a Founder

As mentioned above, MVP constitutes features that are crucial and unique. In this case, the whole project development would consume less budget and take less time. The same e-commerce app which will hit the market in 6-8 months can be launched in just a period of 2 months.

If you dive into classifications, MVP can be differentiated in two ways:

Alpha Version of the Product

Beta Version of the Product

In contrast to the alpha testing of the product which is done internally, the beta version involves testing the product by early adopters. The beta release of an application involves helping you achieve results like getting ready for fixing bugs, App store release and making the product ready according to the user’s expectations.

Main Benefits of Creating an MVP for your Application

Unless you have developed a beta version before, you don’t know what your audience demands. With a public beta release, you get the first user base to interact with the user.

Public MVP is just like killing two birds with a single stone. It not only allows you to market your app but also heat up the interest. Also, you will get feedback on the product from real users.

Launching MVP also helps you in getting funds for your startup. Especially, if you are the one who is looking for funding to support business further.

Established enterprises do not face problems in getting the right exposure and investment to support your application. However, what they need is separate the promising piece of functionality to sell it with maximum profits. That’s where MVPs with the feature prioritization come to help.

Another important feature of MVP is it lets the companies stay aligned with the market trends. With MVP, you can launch a product that has a strong potential audience, test it with an MVP and get an idea of clients’ requirements.

What should be the key features of the Mobile App MVP?

Here are some of the important tips that will help you in choosing the key features of the Mobile App MVP:

To understand whether people will use any particular feature in application, it is not necessary to implement it in an MVP. You can do this simply by encouraging the use of hashtags and analyze whether people are using the hashtags based on that feature.

Think through the path of your target audience and create a few ideal cases that only include the vital functions of the application.

If you are a startup founder, then you must be ready to take risks and shape a product release strategy that is coherent. Only pick the must-haves and weed away the rest, no matter how advanced these features are. In the end, an MVP is not about attractive additional features, it is about validation.

How to Build an MVP?

Here are the key steps to build an MVP:

It is important to have a clear vision of how your app should look like once it is already before you tap into research. Before developing MVP make sure you are able to answer the following questions:

Don’t think that all the major market research will be done after the launch of MVP. It is crucial to perform preliminary research before actually implementing an MVP. Depending upon the functionalities which you are planning to include in your app, it could be surveys, interviews, or onsite testing. The goal here is to find that the features you are planning to include in the application before wasting time and resources on an MVP.

Even if the initial version of your application is very basic, it should be user-friendly and have a proper flow. Otherwise, it will bring you distorted results. From the moment the user land on your application until the completion of the desired action, there should be a smooth experience that should be supported by efficient app design.

Read More: 5 mistakes a start-up makes when building an MVP

It is better to define your scope and outsource your project to the offshore web development team. MVP can have limited functionality, but it should not lack in quality. So make sure to hire the developer with the right expertise.

Run alpha and beta testing of your application to measure the results. Depending upon the goals you set, you can evaluate open rate, client acquisition cost, engagement, signups, and more. While the data you collect will have an impact on the final development stage and major business.

How to Measure Success After Building an MVP?

Here are proven ways to measure the success of MVP

Traffic is a useful metric that helps you predict the success of your MVP. Another way through which you can measure success is by interviewing potential customers. You can start by listing the problems that you assume that your customers might be facing and ask them what they think.

Measure the success of your MVP by measuring the current value of your product as well as the future. Engagement aids in improving the user experience based on feedback.

Sign-ups are feasible ways to gauge the user’s interest, and they may turn to customers based on the results of measuring interests in your product.

It shows the level of percentage of people who have stopped using or installed the application.

Here is how to predict the cost of developing an MVP:

If you are interested in professional MVP development or mobile app development services, Graffersid is a one-stop solution for you. Whether it is the next Zomato that you want to develop or simply a landing page, to begin with, our professional developers can help you with the process. We make sure to give a kick-start to your journey.