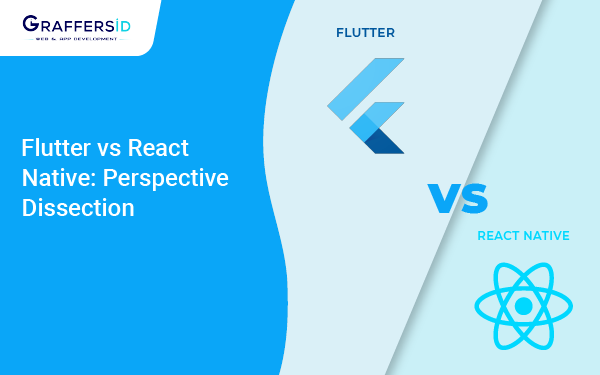 When developing an app for your business, there’s always this huge dilemma about what platform to choose to drive the best customer engagement. To resolve your confusion we have discussed Flutter vs React native. On one hand, we have a flutter, which is a cross-platform app UI toolkit helpful in designing beautiful, natively compiled applications for mobile, web, and desktop using a single codebase. On the other hand, we have React native, which is a Framework for coding real, native applications for iOS and Android platforms.

There are almost 3 million apps on the Google Play Store and slightly less than 2 million on App Store, clearly, this is the day and age of unprecedented cut-throat competition in the world of mobile solutions. According to us, it is the small fundamental choices that you make in the development of your app that make or break your customer’s decision to stay on it for a little longer!

While React Native, the product of Facebook has ruled the market for over 5 years, Google’s recent brainchild Flutter is already starting to get similar traction from expert app developers across the world.

Why is Flutter getting so much clout at such an early stage of introduction to the market? And what is it about react native app development that experts want to cling to, even though there’s an advanced option of Flutter?

In this article, we’re going to answer these questions and some others to collectively determine which platform is best for your startup or business in 2020. Let’s get started with some basics.

What is Flutter and React Native?

Flutter as well as React Native mobile app development are cross-platform development tools, which means that they create one single code base for apps that can be run on both iOS and Android devices.

As a result, both of them have some common benefits that set them apart from platform-specific app development tools like Angular and ReactJS, for instance –

React Native was created by Facebook for their internal operations, but they open-sourced it in 2015, whereas Flutter was launched by Google in 2017, and has been heavily advertised for ever since.

React Native runs on JavaScript, which is currently, the most popular language of web development and is almost considered as a mandate for anyone who codes. So even if you hire a relatively less experienced app developer, he would mostly be well-acquainted with the tricks and techniques used in JavaScript. It’s dynamic and has a huge community backup, so one can easily go on international coding forums online and look for solutions to any problem while developing.

Flutter uses Google’s own programming language, Dart. It’s an object-oriented language which has syntax similar to HTML 5 and CSS 3 which are modern frontend UI specific web development methods. It is unpopular but its style is very similar to the C programming language which makes it extremely easy to learn. If you’re looking for Flutter developers, there’s an added challenge to ensure that a potential candidate has good hands-on experience with this particular language.

Flutter uses Dart’s frameworkSkia C++. Here, no bridge is required for communication with native modules because most of the components are in-built. Dart comes packed with multiple functional frameworks like Material Design and Cupertino which have all the required technologies. Skia C++ engine has all the required protocols and channels.

React Native is install using NPM (Node Package Manager) that any JavaScript coder is familiar with. NPM can install packages locally or globally, just that the developer is require to understand the exact location of the binary. When React Native is being installed on macOS, another step is involved and that is to have the HomeBrew package manager as well.

Flutter is installed by going to GitHub and downloading the binary for a specific platform from the source code. If you have a macOS, you would need to add the flutter.zip file as the PATH variable. Flutter installation is a lot lengthier and more exhausting since the step of downloading binary is involve. This might otherwise be useful for Non-JavaScript developers but is anyways considered a flaw.

For a cross-platform app to feel like a native app, it’s important for it to have support for the native component i.e. it should always have an API to access the native modules effortlessly.

On the other hand, Flutter is advance and very rich in APIs. It comes power-packed with a plethora of UI rendering components. Apart from device access and other basic APIs, it has other advanced libraries like that of navigation, testing, stateful management. Material Design and Cupertino widgets also make the spectrum wider. There is no (or negligible) dependence on third-party libraries.

If you make your app on React Native, you won’t be able to find any official documentation on how to set up CI/CD, however, there are a lot of third-party tools and some expert forums which can help you with that. Sometimes, based on their experience, you can rely on your developer about having understood this process in their previous projects.

Flutter has official step by step documentation on continuous integration and testing on their website. It also has some links to external sources and forums which will help the developer get the most out of the technology. It’s very simple to set up CI/CD on Flutter.

Read Also: FLUTTER VS KOTLIN: WHICH TO CHOOSE AND WHY?

App components of React Native apps look similar on iOS and Android devices. This means that if there’s a button on the app interface, it will look the same irrespective of the fact that the app is functioning on Apple OS or Android OS.

Flutter, through Material Design and Cupertino, achieves something extra. It contains two different sets of widgets that are able to conform to two different OS designs. Essentially what happens is that your app will behave similarly on both platforms but will always have some imitation of the specific platform. This makes the app look a lot more natural on any device since it resembles its native components.

Also, note that Flutter apps look just as good on older operating systems as they do on up-to-date ones. In React Native, there’s a risk at the app’s UI when the app components have upgraded after an OS UI update.

Read Also: SWIFT VS FLUTTER: WHICH IS BETTER FOR IOS APP DEVELOPMENT?

Launching apps on the Play Store and App Store is already a tricky process and it gets a lot more painful when you create a cross-platform app.

With React Native, you have to go through a manual process to launch the app on the App Store. However, there are some trustworthy third-party tools that can be deployed for the same, for example, Fastlane.

React Native relies on third parties for automated release support. On the other hand, Flutter is one of the platforms known for its well-built command-line interface. Anyone can use those command-line instructions and put the apps on the Play Store and App Store easily. Flutter has also officially documented their release process on Fastlane which makes it accessible for anyone’s perusal.

Top apps made with the platforms

Since, React Native is Facebook’s own internal programming platform, their all apps – Facebook, Facebook Ads, Instagram, etc. are made using it. Other major industry examples that have used React Native to build their apps include Skype, Airbnb, Walmart, SoundCloud Pulse, and Tesla.

Google made Google Ads app on Flutter, which is by far the most prominent example. Other amazing works developed on Flutter include Xinayu by Alibaba, SpaceX Go!, Hamilton Musical app, Watermaniac, Reflectly, PostMuse

To Sum it up

Flutter and React Native App Development have their own pros and cons in terms of maturity, community support, etc. It is entirely your and your developer’s decision as to which platform you want to go with. This article has given you enough content for you to have a conversation with your developers, whether you Hire React JS Developers India or Flutter Developers. You can decide things based on these factors!

Keep in mind the kind of app you are making, the kind of service you are offering, and the audience demographic you are targeting.  All of those things factor-in in your decision and when accurately researched with a dedicated developer, you are sure to find the right mix!

Remember, there are more than 3 billion smartphones and tablets used in the world currently, and you want maximum reach, maximum conversions, and maximum sales. The world is an endless pool of opportunities when you have the right team at your backing!