If you’re a startup that has a fair share of a digitized business and want to develop a mobile app. But confused between choosing Flutter vs Angular for app development, then you have landed at the right place. Before that, you need to understand the importance of having a smoothly functioning mobile app along with an attractive website. But developing all the things must have cost that is almost always unaffordable for small and medium-scale businesses.

Not just that, it is also a very annoying dilemma for the developer to choose a framework for mobile app development. On top of that pop-ups like ‘Hire Dedicated Flutter Developers’ or ‘ Hire Dedicated Angular Developers’ confuse you even more.

A lot of things go into consideration including budget and targeted geography, but mainly, it is about the functionality of the app. You need to find the perfect match of language and app functionality to bring out the best efficiency and working potential of any mobile solution.

Talking of which, we should also not forget that while making a mobile solution, it can be really hard to choose if you want to make an android app, or an iOS app, or a hybrid one.

All of these concerns come into perspective when we keep under the lens Google’s two leading programming languages – Flutter vs Angular. So we thought, why not do a thorough, point-by-point comparative analysis of both the app development platforms to give app makers a clearer vision as to which one is best for their upcoming project!

Read Also: Angular vs React: Which is Better And How?

If you are someone whose foot is already in the door and looking to Hire Dedicated Flutter Developers or Angular Developers in India, stick with us till the end of this article, let the experts from Graffersid take you down to the very details of the functionality and terminology involved in both programming languages i.e. Flutter vs Angular.

Angular, Which is also popularly known as Angular Js is an open-source structural framework. Google Develop Angular in 2017. It was a very ambitious project since it was a hybrid framework that could be used to make both web and mobile apps. Within a few months, leaders adopted Angular because of its remarkable accessibility, usability, and flexibility.

It’s still used by millions to build dynamic webpages, and it is the primary choice for anyone looking for a completely client-side solution for building a web app. It is written and developed in Windows Typescript language and uses HTML structure to build and control new web apps.

Talking about the architecture and functionality of the Angular platform, we should also mention that it has six components:

Angular offers very versatile usability of the front end in any web app.

Besides this, there are some impeccable and remarkable advantages of using Angular JS as a programming language. First of all, it offers you the flexibility to develop front-end development and conduct testing simultaneously with ease.

The apps made on Angular are extremely stable and efficient and its open-source library has been contributed to by millions of experts from across the globe over the decade, so it’s safe to say that almost no bug will be left unresolved if you know the art of checking the forums.

But what it lacks is one very crucial feature that is also partially the reason for the birth of Flutter. Angular mobile apps are platform-specific, which means you cannot use the same code to build both android and iOS apps.

For instance, you have already made an Android app with Angular and want to make its iOS counterpart, you will have to start from scratch by using the same syntax differently, owing to the different functionality of the two OSs.

To say the least about what Flutter offers that Angular doesn’t –here, you can use one single code to build groundbreaking apps for both iOS and Android platforms.

Google launched Flutter in 2015 as a longer-term solution for developing cross-platform apps, but it would not be wrong to say that Flutter realized popularity only around 2018, which was when it started to be more stable.

The architecture and functionality of Flutter are very vastly usable. Its components are:

These components distinguish Flutter from any other framework, they make it an SDK (Software Development Kit). This means that there is no involvement of any third-party app and its Library has itself as the components.

Unlike Flutter, the core components of Angular are just UI building blocks with different functionality. Yet, it’s important to note that Angular is one of the best (if not THE best) rendered third-party dependent frameworks.

In Angular, it’s very easy to download and integrate components from other parties to develop an app.

The programming language that Flutter runs on is Dart. It’s an object-oriented language that has a syntax similar to Java, HTML 5, CSS 3, and JavaScript. All of which are modern frontend UI-specific web development methods. Google has developed and defined Dart .

It is unpopular but its style is very similar to the C programming language which makes it extremely easy to learn.

So if you’re planning to Hire Dedicated Flutter Developers in India, make sure that they are very well acquainted with the specific language. In Angular, there is no such challenge posed as no new language is required beyond HTML, but the complexity of use in the platform cannot be denied.

It’s important to note that Flutter offers web supports using standard-based HTML5, CSS3, and JavaScript. This enables the developer to compile an existing Flutter code into Dart which can be embedded in the browser and be deployed to any web server.

Flutter offers faster apps in comparison to Angular, but the stability it provides is still questionable. On the other hand, Angular is slower but offers a lot more stability as an open-source framework.

Read Also:- SWIFT VS FLUTTER: WHICH IS BETTER FOR IOS APP DEVELOPMENT?

Other Differentiating Details And Comparative Conclusion

Since it has been developed at an advanced age, one of the major drawbacks of Flutter is that it does not support the 32-bit version of any app in iOS. In other OS too, it only narrowly supports 32-bit versions. The market assumes that a newer version would resolve this problem, even though Google has a very bad history of product royalty.

On the other hand, Angular works only with CRUD development (Create, Read, Update, and Delete). It’s not that big of a concern since most enterprise apps work on the CRUD system but isomorphic app rendering might turn out to be difficult to build.

Flutter’s other disadvantage is that Dart is an extremely unpopular language and isn’t known by many developers, so it can be difficult to find dedicated flutter developers in India. But Angular, on the other side, running on HTML, has an extremely explicit configuration, so most of the commands need to be specified and that doubles the work of the coder.

Angular is ranked as the second-best programming language in the world, and Flutter is the third, so the competition is visibly very close. But if there’s one thing we can confidently establish about their usage, it is that the target OS for Angular JS is Microsoft and iOS, whereas Flutter is an overall mobile solution.

Angular JS remains a globally trusted, well-established open-source framework that is written in the most basic coding language, HTML. Even though ranked second, as of now it is the most stable framework that we know of.

Another key point is that Flutter has not very widely tested on apps regarding the issue of safety. Angular has its roots established and IT engineers trust it for its safe maneuver.

The world is seeing a consistently increasing shift towards mobile and other smart devices. It makes it highly probable that Flutter would expand its bases and come up with better versions of itself.

In every decade, there is one framework that entirely flips the landscape of the coding industry and leads it towards the next generation of IT products, and experts confidently say it’s Flutter for this decade. We can expect that flutter will be the number 1 language in the upcoming years.

We are yet to see the newest version of Flutter, and of course, considering whatever updates it comes with, it will change the landscape a lot, and a lot of the comparative analysis we just did would have to be reconsidered.

But as of now, it’s safe to say that Flutter is in its budding stage and it won’t be fair to blindly trust its stability and safety just because it’s lesser work for mobile solutions. Angular is still leading the market because of its trustworthiness.

These were all the things you needed to know as a developer who’s confused between Flutter vs Angular for your next project. It’s completely upon you to choose the better of the two. Now that you have a clear-cut understanding of the context and consequences. Happy coding!

And yes, before we forget, you can contact us for more expert advice. 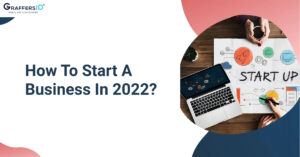