Full-Stack Developer VS Android Developer: What Should You Choose?

So, you are all set with your new project. You have the focus ready and the industry you’ll cater to in a clear picture. Now, it’s time to set your priorities straight. To add that realistic touch to your new endeavor, you’ll need to hire a team. But is it going to be an android developer or a full-stack developer?

The debate between choosing a full-stack developer VS android developer is ongoing. And the right choice will truly depend on your needs. Do you want to build a website or an app? Believe us; both are pretty promising.

But, if you are confused between the two, you have landed on the right page. Read on to explore everything you need to know before hiring a full-stack or an android developer and which is the right choice for you.

What Is Full-Stack Development?

Let’s examine each of them in turn.

Front-end development: It is in charge of the client side of the application; a front-end developer makes sure the final product is aesthetically beautiful and user-friendly.

Who Is A Full-Stack Developer? 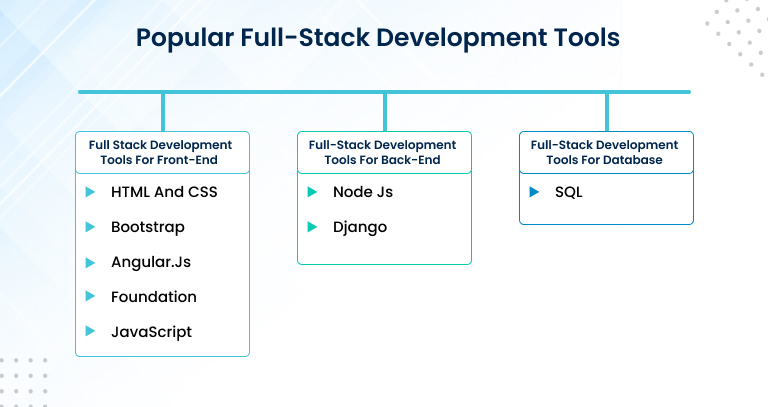 Bootstrap: Bootstrap is an open-source Web development framework that includes buttons, several sorts of templates, and web-based design templates. It provides a wide range of fonts, colors, and layouts. The biggest benefit is that all components have a consistent appearance across all browsers.

Angular.js: Angular.js is a Google Framework. The HTML syntax and templates allow for the explicit expression of software components.

Foundation: The CSS framework for executing reciprocal user interfaces is called Foundation. It includes all the necessary patterns to construct a responsive app or website. It is a framework that is open-source and usable with Github.

JavaScript: An object-oriented programming language, JavaScript, allows developers to create interactive pages for every device, thanks to it.

Node Js: Node Js is a server-side programming language that is mostly used for back-end API operations and conventional websites.

SQL: SQL is a database language that was created specifically for processing and retrieving information contained in relational database management systems.

What Is Android Development?

Want to hire a Android Developer? Get in Touch with here!

Who Is An Android Developer? 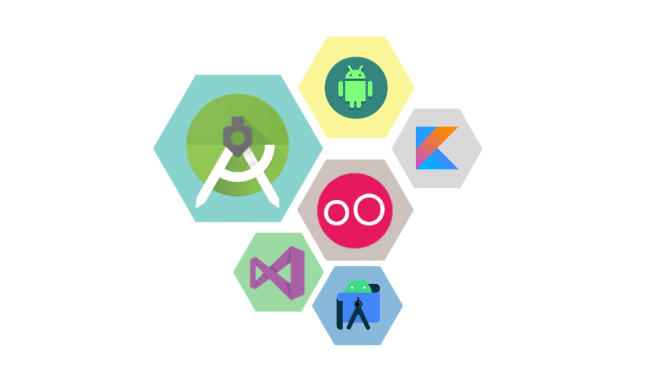 Android development uses the official programming language Kotlin. In 2019, Google declared Katlin to be the official Android programming language. The only significant distinction between Kotlin and Java is that Kotlin does away with extraneous Java features like null pointer exceptions. It also does away with the necessity for a semicolon at the end of each line. Kotlin is also simpler for newcomers and may be used as an “entry point” for developing Android apps.

One of the most widely used and well-known development tools for Android apps is Eclipse. It comes with an exclusive coding environment and a set of tools for personalizing app development projects. Eclipse is mainly used to create Java programs using library plug-ins. The ability to write code in ABAP, C++, C#, Fortran, Python, JavaScript, Ruby, Scala, and a number of other languages are now possible thanks to recent upgrades and enhancements.

Android Studio outperforms all of its rivals when it comes to choosing the finest tools for developing Android applications. It is an incredibly strong program with the most recent plug-ins and tools for creating complex applications, one of the reasons why people prefer Android in the full stack web VS android debate. Google produced Android Studio in 2013. This product promises to have a higher degree of interest from developers all around the world than other Android app development tools. It offers tools for debugging, testing, and altering code, all inside a simple, user-friendly interface. It is available for free download and is maintained by a vast network of skilled Android engineers in addition to Google.

One of the Android development tools, Android Virtual Device (AVD), allows you to simulate Android devices on your computer in order to test your application across a variety of hardware and Android API versions without the usage of a mobile device.

Nearly all of the characteristics of a genuine Android phone are replicated by the emulator. You may test rotation and other hardware sensors, simulate incoming calls and text messages, choose the device’s location, test various network speeds, etc.

The Android SDK, which is employed to generate a wide variety of applications, is one of the most crucial resources for Android app development. It is an integrated development environment (IDE) with a wide range of tools for authoring, optimizing, and testing codebases for developing Android mobile apps.

This Android development kit makes sure the process goes as easily as possible by including a wide range of tools required to create any type of application. The SDK is necessary for any Android device for any application, whether it is written in Java, Kotlin, or C#.

One of the most well-known Android development tools, Unity 3D, is used to produce top-notch games for the Android operating system. For creating 2D and 3D games with predictable visuals, amazing format, organic organization, and drawing-in interaction, it offers a coordinated development environment. Computer games are frequently produced using them for usage in homes, offices, mobile devices, and even websites. This application can now develop cross-platform games thanks to recent improvements.

Why Hire A Full-Stack Developer? 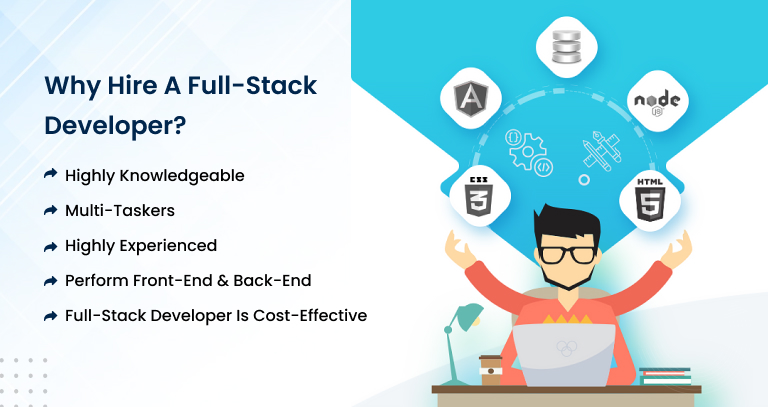 The variety of advantages full-stack developers offer is amazing when we consider them.

Being a full-stack developer has several advantages, one of which is having a strong grasp of many different programming languages. In addition to their training and expertise, they have the ability to offer ground-breaking, market-exciting solutions. They are regarded as the industry game-changers who are masters of both front-end and back-end development. A full-stack developer will guarantee that you obtain a high-quality product since they are knowledgeable about the newest technologies and best practices.

Being a full-stack developer has its advantages since they are adept at both the front-end and the back-end. They create JavaScript, HTML, and CSS codes for the front end to affect the responsiveness, appearance, and feel of the website. They create prototypes that link the website and CMS for the front end, but not for the back end. So you get everything in one.

They are able to work on a variety of tasks since they are all-rounders. Additionally, this exposure enables students to learn in-depth information, assess the project’s requirements, and develop original solutions. Their advice may be extremely helpful in improving project performance and increasing the projects’ market acceptance. This is impossible for less skilled developers to provide.

If the needs of the project change, an experienced full-stack developer may quickly swap between the front-end and back-end developer responsibilities. They are highly capable of solving any problem, no matter how complex they are. They can clearly comprehend the events and their outcomes thanks to their experience. They may develop answers in this manner without interfering with other people’s work. 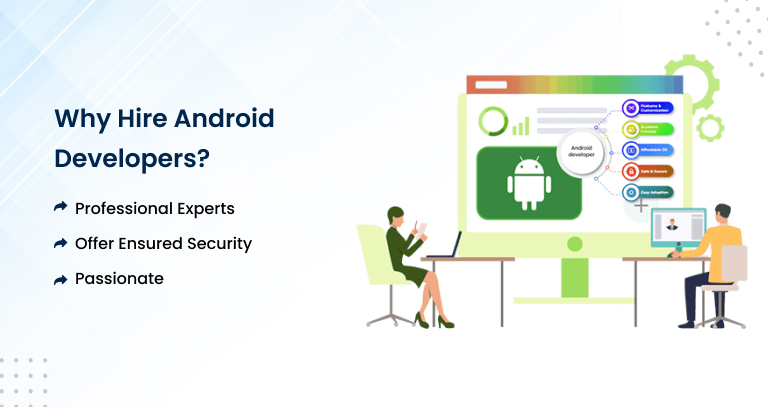 It needs a high level of professionalism to stand out in any cutthroat business. Select just the app developers who have established a reputation for professionalism. Who knows how? First, determine the degree of design, graphics, and programming language expertise possessed by the developers in question. Verify their familiarity with the most recent corporate app development trends and their experience with any unanticipated difficulties that could occur. With the proper professional approach, an Android application developer will always know how to elevate your app above rivals and make it a success in the current market.

Enterprise data security is the biggest deterrent to hiring independent developers in businesses. It is impossible to disregard the possibility that information pertaining to your business or project may no longer be kept private. In fact, if an Android application development business has good standards for enterprise data protection, you can’t even work with them. But since the manufacturing will be done in-house, if you work with reputable Android Application development specialists, you can rest easy knowing that your market information will stay private and safe.

Always anticipate the dedication of an enthusiastic Android application developer. These programmers frequently pay close attention to adding, evaluating, and enhancing app features that, in turn, raise your app’s marketability. Their additional effort to provide an app a competitive advantage over other apps of its ilk demonstrates their love for developing apps. They often create and sustain friendly ties with the business owners they are working with since they are professionals. You’ve made the perfect choice if the Android application developer you’ve chosen is helpful and has a solid grasp of your company’s objectives. 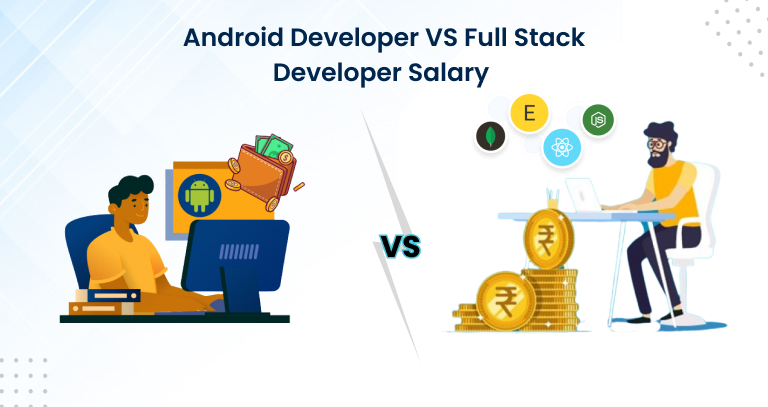 The average hourly cost for hiring a full-stack developer can range between $23-$30. The hourly rate of an android developer, on the other hand, is around $15-$25, depending upon the experience and project requirements.

Are you looking to hire remote developers? Visit us today to hire the most experienced full-stack developers or android developers from India. We keep your expectations in mind and help you get in touch with passionate professionals who keep your requirements in mind and offer the best solutions at the lowest rates.

Fill Out The Form to Get in touch with us today!