5 Examples of Node.js Applications and Uses 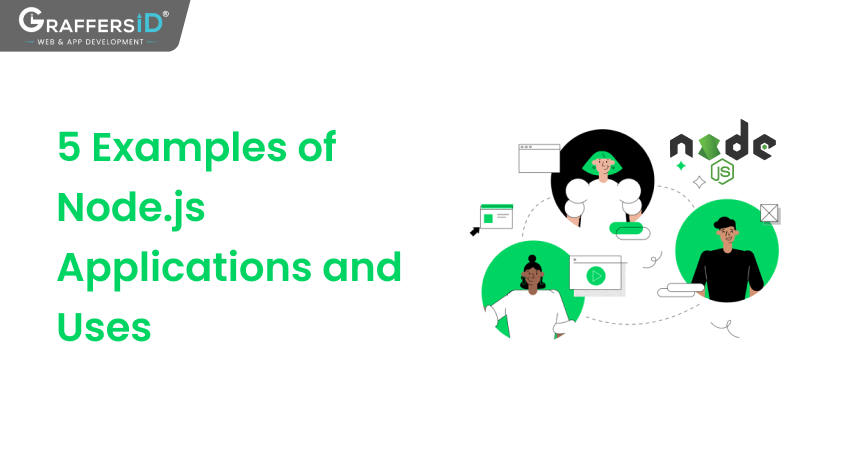 Node.js is most efficiently used as an open-source cross-platform that runs a JavaScript engine to execute code written in JavaScript outside a web browser. Node.js is a super cool platform that was introduced in 2009. This year rocked and shocked the life of javascript and created many opportunities for JavaScript to stand out against competitors during that era. Read along and learn about the best examples of Node.js applications and uses.

Node.js is considered the best choice for FinTech, e-commerce, and streaming networking and is used in IoT applications.

JavaScript was converted into a full stack from a purely front-end development language with the help of the Node.js application. Implementing Isomorphic JavaScript, commonly known as Universal JavaScript, started with Node.js.

Consequently, users can now create and develop apps using JavaScript, partially or from end to end. Let’s have a look at five prominent real-life examples of Node.js applications.

In this section, we will discuss how Node.js acts as a base for supporting many of the applications in building their vast empire, which is now touching the sky and making a person’s life easier. 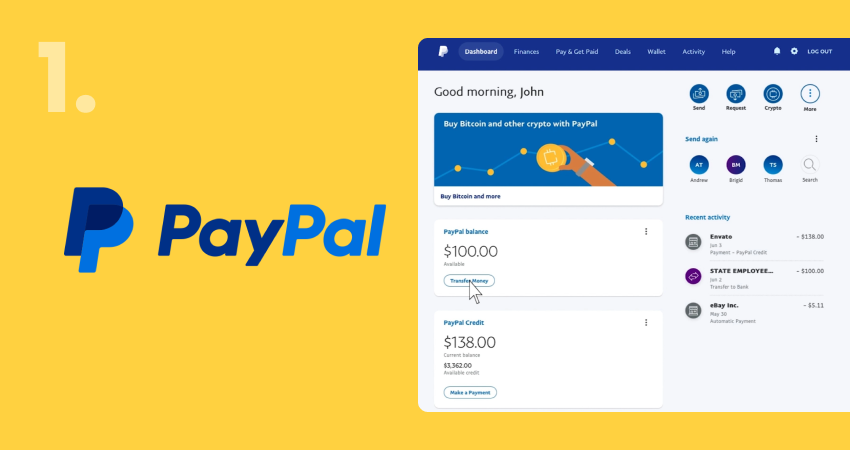 PayPal originated from the USA Palo Alto, California, in 1998. It is widely known and one of the largest organizations among the FinTech companies worldwide, serving about 200,000,000 users every day.

Initially, this platform was developed using HTML, CSS, and JavaScript from the client perspective and Java from a server perspective. There were two teams involved in developing the front and rear end. But as time passed, some issues with it turned into exasperating troubles. After some time doing deep research and prototyping, the company decided to go with Node.js. Later, it came into recognition that the first Node.js application was created two times quicker than the previous Java application. It included 33% fewer files and 40% fewer lines of code. Compared to Java, Node.js has about 35% lower average response and can handle two times more requests per second.

Node.js aids in solving the problems by allowing JavaScript to be used in browser and server applications. It combines all of its engineering skills into a single team, enabling the company to comprehend and respond to users’ needs at any stage of the technology stack. 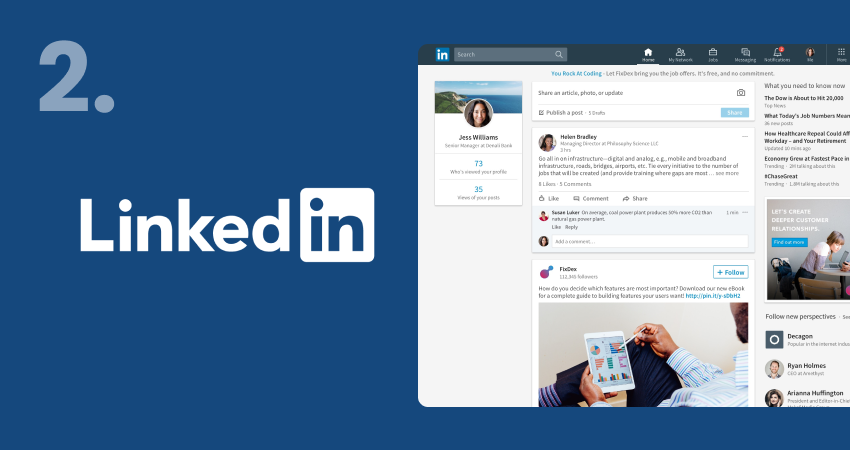 LinkedIn is a well-known company all around the world. LinkedIn connects users from worldwide by allowing the user to invite anyone (whether it’s a site user or not). This business-oriented application served social networking services and was founded in 2002 in Mountain View, California. LinkedIn has more than 700 million users in over 200 countries and territories.

At first, the process used in building LinkedIn was Ruby on Rails. But in a short span of years, the company grew more popular and expanded its empire to a vast extent. Along with the company’s development, there appeared an urgent need for app scalability. However, Ruby on Rails is considered a low scalable language, and expanding the project would be time-consuming and money-consuming. To work more efficiently and quickly, they eventually chose Node.js. 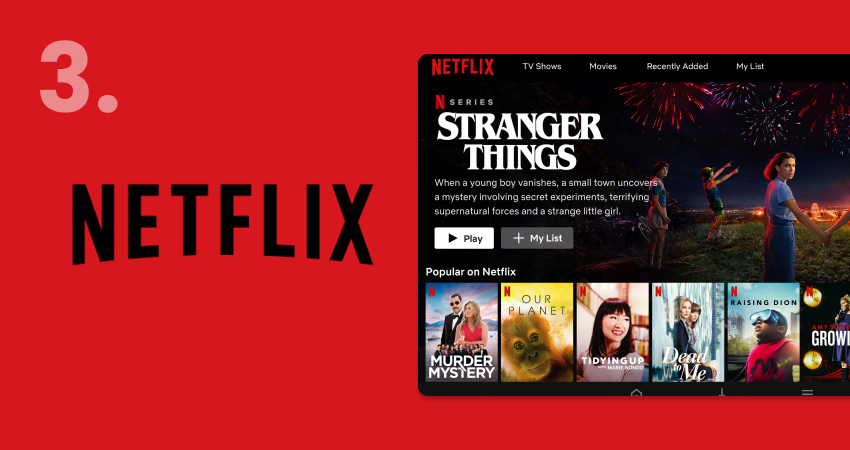 Initially developed in Scotts Valley, California, this business model entered the market in 1997. Netflix is the indisputable king in providing video streaming services globally. Over 190 countries are covered by the service, offering movies and television shows. The company boasts more than 220 million subscribers worldwide and has 72 million subscribers from the US.

In starting, the back-end and front-end JavaScript was used to build Netflix. But using both languages at a time for writing the app caused severe problems, resulting in a significant development fall. The organization switched to Universal JavaScript to boost performance and speed and unify the back and front under a single language. They use React.js development services for the front end and Node.js for the back end. The development process was supposed to be facilitated by such an approach because it allowed for easy code creation, debugging, and the use of many open-source packages and modules.

Using Node.js and React.js, the company can render from the server and eventually cause modifications entirely on the client after conveying React.js and initial markup components to the browser. Because of its adaptability, the application can produce precisely the same results regardless of where the rendering occurs.

Want to know How to Create Streaming App Like Netflix? 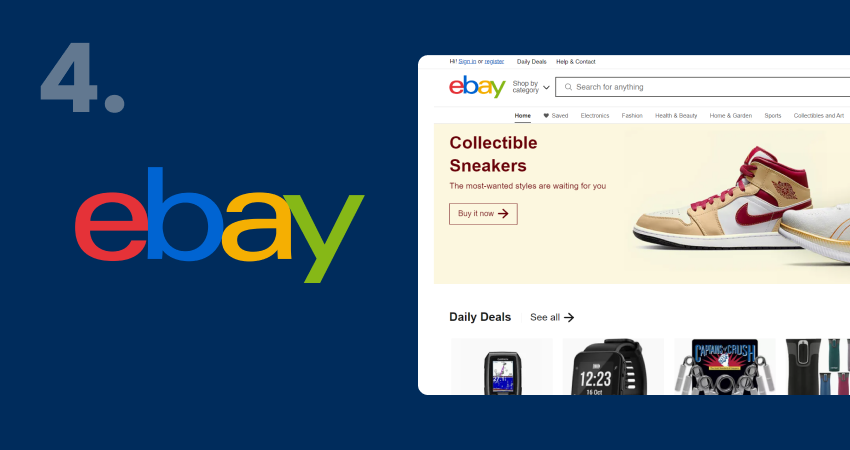 eBay, a global online shopping site company, was launched by USA entrepreneurs in 1995. San Jose, California, is where the company leads the foundation.

There are 185 million active buyers, along with 19 million sellers worldwide. eBay is one of the most prominent market leaders in e-commerce globally.

In the starting years, eBay preferred a Java-based tech stack to properly function workflow around Java and JVM. A tech stack is considered a perfect choice to run this software as it has loads of heavy data that the system can easily handle. Like other apps, eBay grew more and more popular in terms of sales channels for online merchants. It was initially quite challenging to persuade people to utilize JavaScript on the back-end. While working with it, numerous issues were raised, including managing errors, scalability, and assuring type safety.

Members of the application team can also gain from highly effective monitoring, enabling them to address any problems as they happen. Since then, eBay has never stopped developing, and its Node.js helped it on its endless uphill journey. 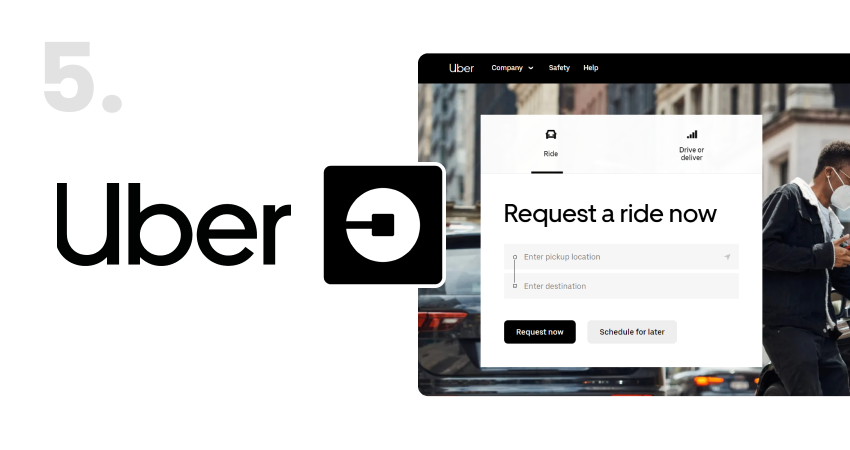 Uber is an American online transportation company with an app that allows passengers to enjoy an innovative ride, and drivers get paid by charging fares. This vast platform offers services in over 80 countries and 900 cities worldwide. The company has its headquarters located in San Francisco, and the company was founded in 2009.

Uber was firstly built using JavaScript to write the technical portion of the app, which is needed to compute supply and forecast demand. After that, the company transferred all its work to Redis and Node.js, the foundation for real-time dispatch systems. Objective-C is used for iPhone and Android apps. There are many fundamental reasons for transferring all their workflow on this platform. Using particular software helps to process lots of data within a time. Programs can be examined and quickly address the error without restarting, so developers can constantly publish and situate new code. The technology improves continuously with an active open source community, essentially on its own.

Numerous well-known businesses use Node.js for the back end of their applications. Performance, JavaScript, and a significant increase in development speed are all benefits. Consider using Node.js for your upcoming project if you want to get comparable results.

JavaScript is increasingly popular and has significantly altered web development and browser-based coding. Today’s web development methodology is vastly different, only possible using JavaScript and Node.js. Users can conduct many activities online with JavaScript running on the server. So understanding and being familiar with Node.js is a fantastic skill. It should be taught to every student. Questions based on Node.js are also posed during web developer interviews.

Do you need a Node.js developer who can design your application to a great extent? Looking for a quick-witted developer isn’t a simple task, so why look somewhere? With GraffersID, you can hire Node.js Developer with substantial experience and knowledge.