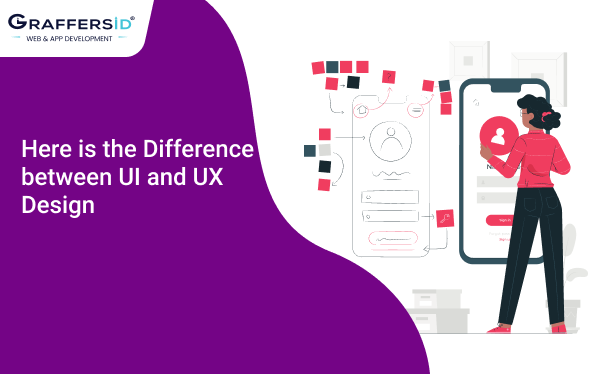 User Experience and User Interface are the two terms that are often used interchangeably but mean very different things. So, what is exactly the difference between UI and UX?

Walking down the hip streets of tech capitals, you might have often heard the term excellent “UX” of the product, poor “UI” of a website. But, aren’t you keen to know what UX and UI are and how the two differ from each other? If you are, then you are in the right place.

So, let’s head straight to the answers.

UI or User Interface can be simply defined as anything with which a user may interact to use the digital product or services. User experience comprises all aspects of the end-users interaction with the company, its services, and its products.

What is UX (User Experience)?

UX, as you know, is User Experience, and as the name suggests it is used to design different ways in which the User can easily use the application.

Here are parameters to be considered while designing the UX:

What not to consider while building UX:

Other Important and more technical things to focus:

What is UI (User Interface)?

UI stands for User Interface, and as stated above, it is with which the user interacts. The user Interface includes blocks, controls, buttons, and elements of an application.

Parameters for the UI:

Things that are not considered at the time of designing UI:

Difference between UI and UX with example

Both UI and UX design are crucial to a product and work closely together. But despite the professional relationship between the two, the roles of the two are quite different.

Let’s consider an example of the human body. Imagine a product as the human body, bones representing the code that provides its structure.

Consider organs as UX design, which measures and optimizes against input to support life. And UI design represents the cosmetics of the body, its senses, reactions, and presentations. 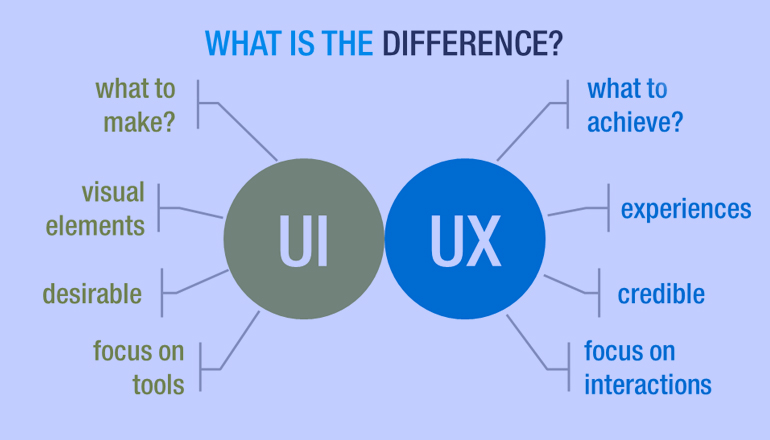 It is crucial to understand that User Experience and User Interface go hand-in-hand and you can’t have one without the other. However, one need not have UI design skills to become a UX designer and vice versa.

The main difference between them is User Interface is all about the product’s interface look and function, whereas User Experience is about the overall feel of the experience.

Here is what separates UI and UX designer from their roles:

UI UX designers have a different use for prototyping. For UI designers, the prototype should be a hi-fi model, however, UX designers care more about logic and more them fidelity is an afterthought.

The colors they use:

UI designers design prototypes in full color. On the other hand, UX designers generally use only three colors i.e. black, white, and gray in prototype design.

The tools they use:

There are many differences in the roles between UI and UX designers, and hence the tools they use are quite different. For UI designers, designing images is of prime importance. Hence, they generally use tools like Flinto, Principle and InVision.

UX designers employ wireframe as it not only saves time but also makes designing more efficient. There are lots of qualified prototyping tools such as Mockplus.

UX is not UI

It is important to note here that both UI and UX design includes interaction design.

These points will make the difference clear:

User Experience is considered as a global term because it defines the user’s feelings and comfort when interacting with an application. On the other hand, User Interface is the part of User Experience that enables users to interact with a product and make the first impression.

It is important to understand here designing a beautiful app is not enough to guarantee higher conversion rates and low bounce rates; on the contrary, UX addresses these concerns as well as various other factors that influence user loyalty.