How these Top 5 Startups found their first 10000 cutomers 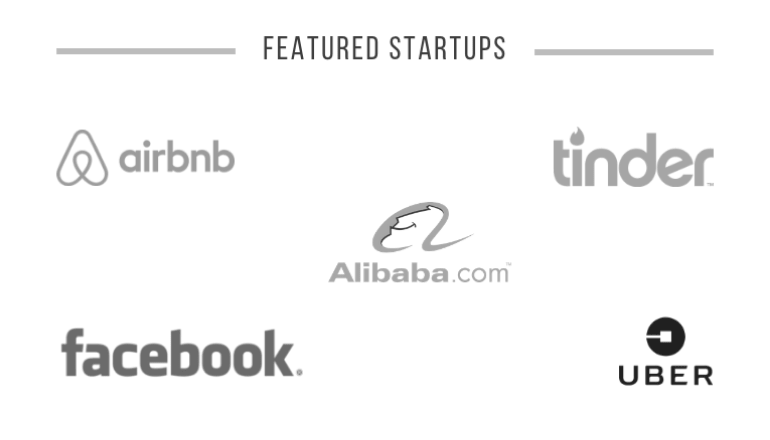 The aim to share these stories/growth hacks is to help you realize that no one is an exception to the journey of startups. Even these, today’s world, behemoths have once struggled to tractions and a steady customer base on their platforms. Even they have faced the problems that you are or might face in the future. However, what differs is how they chose to fight against the odds.

Facebook is arguably the biggest social media platform that there is on the internet today. Before the launch of the “Facebook”, Mark had already made a name with “FaceMash” so instead of “Facebook”. We will see how FaceMash got its first users. However, Facebook only made use of some word of mouth publicity and email campaign to gain its first users since the platform was already set.

FaceMash started as “Hot or Not Game” for Harvard students. Since the game was already popular it did not require any explanation. Mark first gathered the data of all the students from the existing Harvard Site which had student database. Then he showed it to his friends and took them to a bigger gathering. The link quickly started circulating to several campus groups in a closed network. It was a matter of time before students from other colleges wanted to try it. Although FaceMash got shut down pretty soon. Mark had already created trust, credibility and brand image. Since it was a closed group Facebook got full advantage of the platform set by FaceMash.

An e-Commerce startups giant, its recent Single’s day sale, signature annual sale, broke all records to report a rise of 27% y-o-y growth to revenue of $31 Billion. Unlike Mark, Jack Ma was a complete failure without any strong background. But he was a fighter and an ambitious man, nonetheless.
After the launch, Jack Ma hired an army of sales executives and sent them to every Manufacturer in China. Given that China is the world’s Largest Manufacturing Country you can imagine the scale and brute force required. Manufacturers were not internet friendly at that time. Hence Jack had to really motivate the salespeople to first believe in the idea and second convince manufactures about the impact Alibaba can make.
Salespeople showed manufacturers different ways in which the platform could be used. And how it could grow their business multi-fold. Once Manufacturers started using the platform they even became its customers.

One of the most valued startups of the era, the ride-hailing app Uber, had not just 1 but 2 smart strategies. The first strategy was applied in 2013 when bus workers in Boston went on strike. Uber offered free service to the stranded kids of Boston Public School for which it got massive publicity and word of mouth, and the bookings shot overnight. More than offering free-ride the thing to note is the cause and timing.
Second, a brilliant move was a simple campaign, on National Cat Day. Uber delivered Kittens to its customers who would agree to a 15 minute Kitten petting session. The cause was focused to raise money for kitten shelter and it raised $14,268 in a single day. The campaign was a massive success. It enticed customers to try Uber services.

Airbnb today may be very popular and widespread but just think about it. A concept where the website let’s owner rent their rooms/houses to “strangers”. How tough would it be for people to accept that and how long would it take to become comfortable with the concept. No one likes to share their personal space and we are talking about space in their own house. And yet Airbnb cracked it brilliantly.
The founders went door to door to every person who showed interest and used professional photographers to take pictures of the property. They even stayed at the guest’s houses to make them understand the concept and become comfortable with the same. Instead of doing a bulk user acquisition they focused on the handful of people and made sure that they get the best experience.

like New York at the time on DNC, it hosted parties and meetups in the Spring Break and Christmas to build trust and loyalty. They knew that if they could convince a few then a spree of word of mouth would start. Which would be organic and at 0 costs. And it did work out to be that way for them.

Tinder’s growth hack is something that is the most fascinating to me. It went from 5,000 users to 15,000 users in just 1 trip. It is not the numbers that amaze me but the way Whitney Wolfe, the co-founder, came up with this strategy and it’s execution. She was bang on in identifying her target audience and the places to find and interact with them.

The obvious target audiences were the college-going students and the most common place to find students were parties. Hence Whitney organized Parties at different places on the campus with 1 simple rule that everyone has to download Tinder and use it once. Now, this idea would have been a complete flop. But Whitney knew that in order to attract users she needed attractive girls and boys. Before throwing a party Whitney would go to Sororities to convince girls to create a profile. And then to fraternities to create a buzz about the app and then the parties, acting as the container for the explosion. Where things got into action. The idea was phenomenal and the result was a hockey stick growth.

The things I want you guys to take away with you is not memorization for the smartness. That these founders showed but the thing they all prioritized on. If you observe for the common trend in all the above startups. You will find that they all focused on giving customers a great and personalized experience. Instead of doing bulk marketing they rather focused on a group at a time with a goal to gain Word-Of-Mouth publicity. The strongest of the genre, which comes at 0 direct costs and lasts much longer.

However, another very important thing to note is that their portals were completely ready and well tested before approaching these audiences. Founders made sure that they provide such a service to the visitors which should be hard to forget.