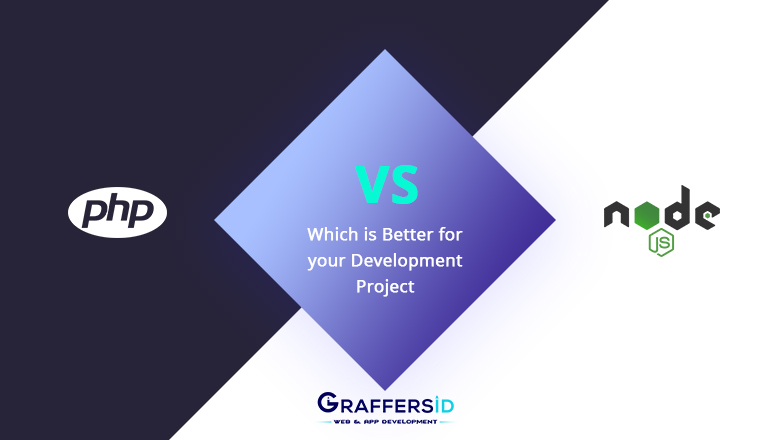 Web development appears to be a diversified and ever-changing field. Every now and then, there is a technology, trend or tool, due to which developers experience the dilemma. Developers often get confused between the long-term, mature solutions and the latest ones.

Backend programmers these days are in continuous doubt these days to pick the most appropriate language between Node.js and Java. Earlier, Javascript (the one which underlies Node.js) didn’t overlap with the PHP. Earlier, Javascript was used to design the frontend of the application, whereas PHP was used for developing server-side applications. Combined together, these two languages resulted in an amazing website.

However, as soon as Node.js comes into the picture, the situation started changing. Node.js entered a server-side sphere and distracted the backend programmers from traditional PHP.

Although both PHP and Node.js are able to deal with any complexity of the application, they are built around different concepts and architecture. If you are a business owner or an app owner, picking one of the two programming languages for your web development project can be a daunting situation.

However, in this blog, we will be providing you with answers to all your questions, which will eventually help you in selecting the right language as per your business needs and requirements.

The blog will be unfolding:

Developed in 1994 by Rasmus Lerdorf, PHP or Hypertext Preprocessor is an open-source server-side scripting language. In the survey by W3Tech, it was found that 79% of the websites in their data are developed using PHP. Moreover, the growing popularity of content management systems like WordPress, Drupal, WooCommerce and Shopify clearly show how PHP has covered the backend under its wings.

Node.js is a runtime environment, which includes everything that is needed to execute a program written in Javascript. Node,js combines a single-threaded non-blocking event loop, Google 8V Javascript engine and low-level I/O API.

Owing to its event loop, Node.js provides more efficient management of the requests. For instance, when the system reads one file, the Node.js works on other requests. After the system reads the file, it sends it to the browser. In a nutshell, while one job is getting finished, Node.js jumps to the next one.

This was a brief introduction of both languages, now let’s have a detailed comparison of the two.

PHP language is supported by a wide range of hosting services. On the other hand, Node.js comes with only a limited number of hosting services. The multiple hosting options available makes the deployment and integration of PHP easier than Node, which calls for a virtual server having SSH access for running the web applications.

PHP works perfectly well with MySQL database and also offers support to a range of database forms like PostgreSQL and MariaDB. The code functions admirably with databases and is not dependent on the engines used.

Node.js has got various libraries for getting to SQL. It also uses JSON to connect with another type of NoSQL database.

While you can also use the PHP project for supporting JSON, it is more beneficial to use Javascript as you a single code for both the server.

PHP provides reliable and stable performance when it comes to web development, as compared to the Javascript framework. However, when PHP and Node.js are compared, you will notice that Node.js is faster than PHP due to following USPs:

Node.js can be used in a number of places including multithreaded apps, browsers, game servers, web apps, etc. However, PHP is mainly used for web-based applications.

Node.js vs PHP: Evolution of the Environment

PHP is a language that is one continuous track of updates and development. The developers of this language consistently come up with new concepts and features for giving a high execution speed.

Node.js is also on a constant development track. Node.js comprises all the modern functionalities in one distribution, where there is no fragmentation. This is of great benefit to the programmers as they have to spend zero time on a complete reworking of the code.

Let’s also have a look at the advantages offered by both the languages:

Since Javascript stands are one of the most popular programming languages, many of the front-end programmers hold good knowledge about it. Node.js is not only easy to learn, but it also consumes less to work with it.

Javascript can be used to service various concurrent events. By making use of Node.js, the developers can create scalable solutions that maximize the computer’s memory and CPU usage as they service various requests.

Software app development with Node.js comes with a limited number of dependencies and guidelines. There are no rules asking programmers to choose architecture or set a pattern, which offers them access to thousands of different modules.

Here are advantages and disadvantages of Node.js in detail.

PHP is quite stable compared to various programming languages. PHP has been into existence for quite a long time. Moreover, the programmers who have already worked on PHP have made it easier for developers to develop PHP-based applications. They have fixed the bugs and issues over a specific period of time for various available versions of PHP and hence made it stable.

So, while choosing a technology make sure you are picking the language that is able to meet your requirements in the most appropriate manner. Understanding the project logic and business requirement provides you with a clear idea for choosing the right technology for your project.