Express JS vs Node JS: What Are The Differences? 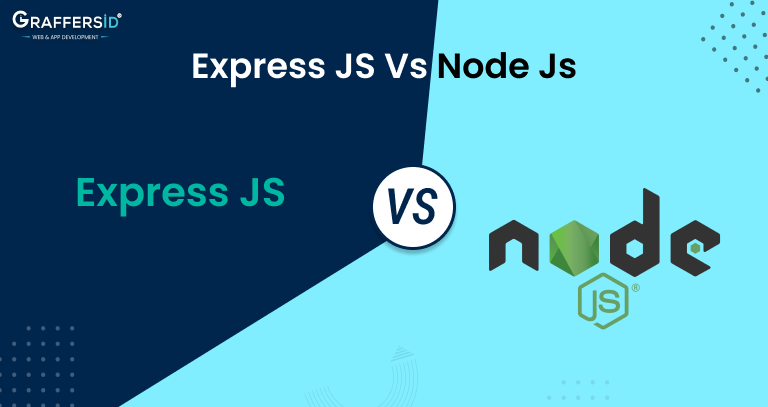 Over the years, Node.js and Express have become two of the top backend technologies for creating online applications. Both of them cater to various backend functions, and their comprehensive services and features can be intimidating. This comparison of Express JS vs Node JS will show their distinctions and assist CTOs in selecting the best platform for their project.

What is Node JS?

Node JS is a large open-source server-side runtime environment that is built on JavaScript. The single-threaded process utilized for web loading and asynchronous programming is the reason for the framework’s success as a high-performance, scalable one. Additionally, you may utilize it to improve a project’s backend functionality by integrating Node JS-based frameworks like Express, Socket.io, and Meteor JS. The technology is notable for producing single-page applications, websites, and backend API services because it was built using real-time and push-based architectures.

Node JS functions well with single-page applications (SPAs) that are powered by JavaScript on the front end as a server-side solution for contemporary online apps. You can render your templates on the server rather than in the browser thanks to server-side rendering.

Node JS is a wonderful fit for media streaming platforms because it enables developers to use HTTP requests to stream data from the client to the server and vice versa without needing to first buffer the data in memory.

What is Express JS?

A Node JS framework for web applications is called Express JS. Between Express JS and Node JS, this is mostly what differentiates them. Web application development can be done quickly and easily by employing the former’s features rather than the latter alone, which would take more time. Web and mobile applications offer a comprehensive set of functionalities.

One of the most popular ways for servers to exchange data with clients is through REST APIs, which Express.JS was designed to enable.

Express has been used in production settings to manage hundreds of thousands of concurrent connections and may also be used to deliver static files.

Building real-time services, such as chat applications, with Express.JS, is possible. It supports WebSockets, which let you use persistent connections to deliver data in real time from your server to your client.

Pros and Cons of Express JS and Node JS 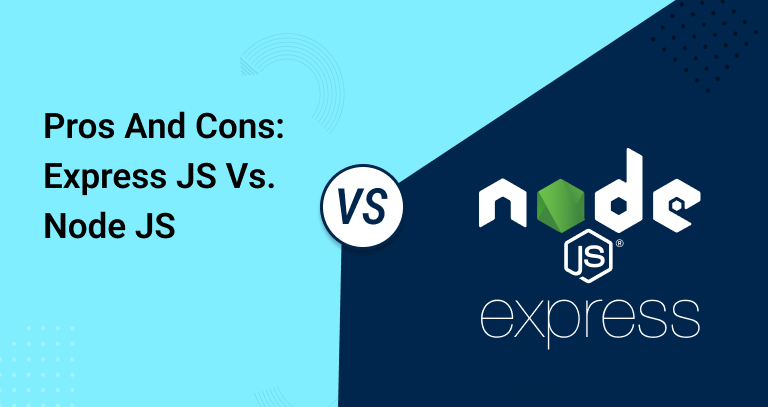 Whether you’re developing a payment system or a video streaming software, Node js benefits are numerous and helpful for all types of apps. The benefits listed below are a few. Node JS: 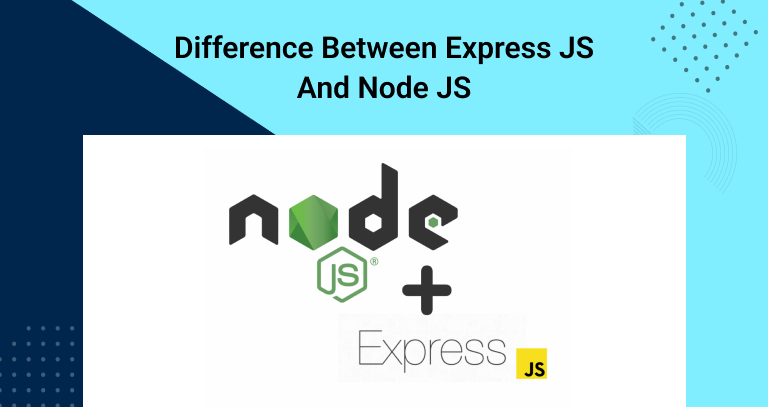 When To Go For Express JS or Node JS? 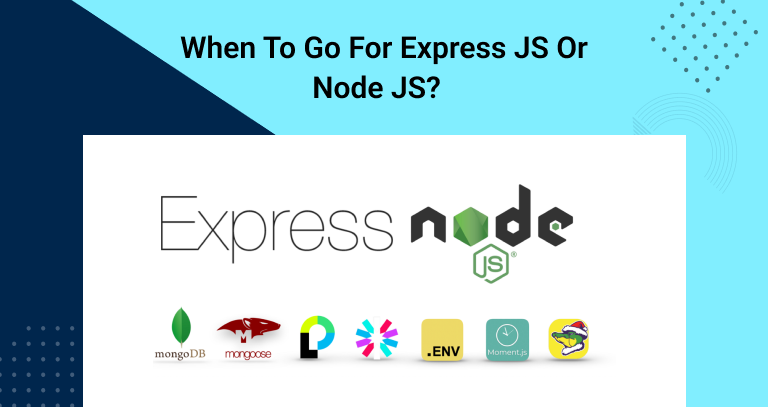 Express JS takes a very simple approach and lets you add specialized features using middleware. As a result, it is ideal for developing an MVP or any other lightweight application for a young firm seeking to find its niche. Additionally, Express JS’s opinionated nature makes it one of the most popular choices. As a result, there is no right or incorrect method to carry out a task. You are allowed to organize your website or application any way you choose.

The drawback is that some developers could find it difficult to structure their apps because they are unsure of where to begin. The advantage is that you can completely customize your app and have full control over it.

It matters whether Node JS or Express JS you select for your next project due to their differences. You can create web applications with Node.JS that run on everything from desktop computers to mobile phones. You can work with remote developers who are skilled in Node JS and who can assist you in building scalable and highly productive applications. To discover their skills, you must be able to ask the proper Node.js interview questions.

You may reuse the same code for both the server-side and client-side of your app thanks to Node JS development services. Seamless integration with other third-party tools and frameworks, such as MongoDB, Angular, React, and others, is also made possible by Node JS’s interactive interface. Node JS development is ideal for optimizing costs if you want a cost-effective development option because it is open-source.

Despite the differences between Node JS and Express JS, both are excellent options for people looking to add full-stack functionality to their websites because they are both backward-compatible with front-end code. In other words, it is possible to create a completely functional site by combining more than one language.

Hence, if you want to develop seamless applications, we’re the go-to solution for your needs. With GraffersID, hire remote Node JS developers with extensive skills and experience in the domain that can help you develop applications in no time.