Python and Node.Js: Which is Best for Your Project? 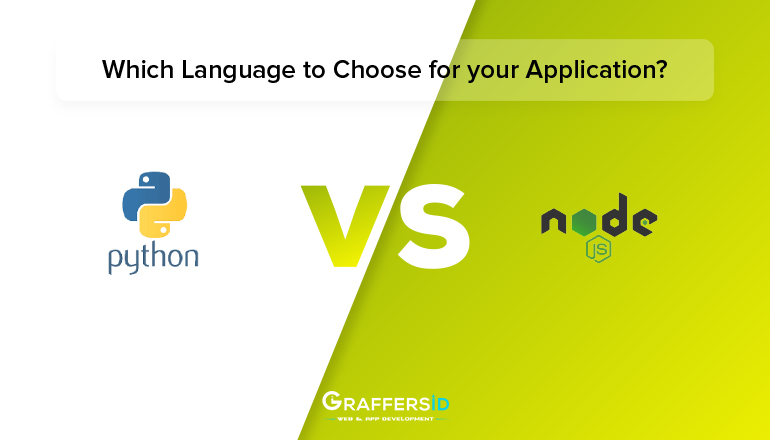 Every project has different requirements and demands. And, when you are building an application, it is important to choose the technology which is most appropriate for your project. In this article, we are bringing Python vs. Node.js comparison to learn the downsides, benefits and use cases so that you can make an educated decision.

Programming languages and frameworks were designed to cater to specific project goals. That’s the main criteria while choosing a language for your project. Don’t go for popularity alone. For example, technologies like Python and R are a good fit for Big Data applications, while others like Java and C are commonly used for building large desktop applications.

The choice of technology should be deliberate and based on the requirement, such as:

It is essential to consider every feature of your future product while choosing the right technology. By comparing Python vs Node.js, we are bringing into your light how these two widely used technologies vary in the advantages and areas of application.

Oriented in the early 90’s, Python is still one of the flexible, innovative and versatile technologies, thanks to its continually developing libraries and innovative implementations. For example, Python is your go-to language for data science, AI projects, and machine learning.

Moreover, Python is one of the largest communities that contribute to improving the language to handle modern-day programming tasks. Python is widely used for different projects like travel, healthcare, Fintech. Time and time again, Python has proved itself to be a robust technology in handling the various challenges that come up with such projects.

Here are some of the prominent Pro and Cons of Python.js:

Python allows you to develop a prototype or an MVP in a limited time frame, hence reducing Time to Market. Python allows maintaining several iterations at a time, owing to its rapid development methodology. Moreover, its Don’t Repeat Yourself principle aids in reusing the parts of the code.

These Python features allow you to go back and forth with the consumers, gather feedback, make improvements, and scale your prototype into a fully-fledged web application.

It has a simple syntax:

One of the main reasons why developers like Python is that it has a simple syntax that allows developers to express concepts in just a few lines of code. It also makes it easier to solve errors and debug the code. Python is mostly about code readability. Furthermore, it is simple enough for the client to understand.

It has a wide range of development tools:

A popular code editor, Sublime Text, provides support for Python coding, syntax extensions as well as additional editing features. Powerful web frameworks, available with Python, aids in simplifying the process and allow developers to focus on the logic of the application. Django, a full-stack framework is widely used for all kinds of simple and complex applications.

It has a large community:

Comparing Python and Node.js, Python is a more mature open-source language, without the largest user communities. The language has got an incredible number of contributors, from junior to experienced. This means it is easy to find Python developers and it is also effortless to get support from the active community to share solutions and improve the language.

Read Also: Python vs Java-Which Language to Choose for your Application?

Python has a slower speed of execution as compared to languages such as C or Swift. Python, hence, doesn’t make a preferable option for the project where speed is a major concern.

Python is considered weak at mobile computing, though it is great for developing server and desktop platforms. That is why only a few smartphone applications are written in Python.

Whether small or large, simple or complex, Python is one of the preferred options for all sorts of projects. That includes desktop user interfaces, business applications, gaming, scientific apps and educational platforms:

Python is mostly used for:

Read Also: PHP or Python: Which Language to Choose for Server Side Development?

Node.js allows JavaScript that can be used for both back-end and front-end development. Node.js is also utilized to resolve compatibility issues. Launched in 2009 and popularly known as a server-side scripting language, it has gained immense popularity in a short span of time.

Here are some of the prominent Pro and Cons of Node.js:

Node.js is faster when compared to Python. Node.js is based on the Google V8 engine, which makes it the best option for developing chatbots and similar real-time applications.

Just with one team of JavaScript developers, you can get the whole application ready, both front-end and back-end. Thus, it aids in reducing costs.

The event-driven architecture allows you to develop web games and chat applications.

It requires a clear architecture:

Node.js is an event-driven environment, which means that it can run several events a time; however, the relationship between the events should be well written.

Not suitable for CPU-intensive task:

A heavy computation request will block the processing of other tasks and can slow down an application written in node. Therefore, it is not regarded as suitable for projects based on data science.

Python has comprehensive and up-to-date documentation; however, documentation with Node.js is lagging. Furthermore, there are no tools and core libraries, as there are too many alternatives, hence it becomes difficult to choose the right one.

Read Also: Swift vs Flutter: Which is Better for iOS App Development?

When to use Node.js:

Node.js is the go-to technology for developing gaming platforms, forums and Ad services. It is good at handling projects with applications that comes with high-speed and intense I/O, content management system and other such applications, eCommerce platforms and peer-to-peer marketplace. Node is used in a different type of web applications such as:

Node.js and Python’s pros, cons and use cases, clearly shows that both the languages cater to different needs. Node.js is used for solutions, whereas Python is generally employed for real-time applications that require more speed.

Python and Node.js, both have their lists of advantages and drawbacks. The application of both the languages also differ, so, when you are using choosing Node.js and Python, have a look at all the pros and cons as well as the needs of your project.

How to find a developer for your startup

Difference between React and React Native

Onboard dedicated developers to your project as quickly as in 2 days. If at any point in time, you feel the developer is not performing as per expectation, you can ask for replacement or end the contract with 0 penalty.

How to find a developer for your startup

Difference between React and React Native 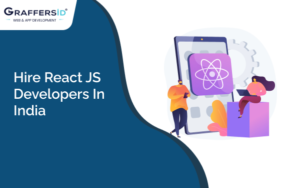