Develop a Dating App like Tinder: A Detailed Guide 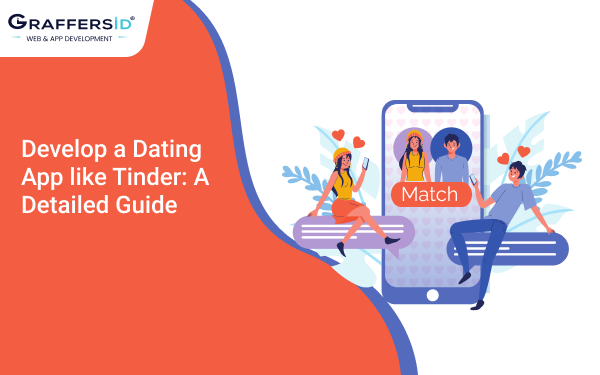 Today in the tech evolving world, relationships all over the world started to began on an online dating application. According to the recent stats, around 40 percent of Americans use dating apps and numbers are growing. Also 24 percent of relationship starts through dating apps. This clearly shows that the phenomenon of online dating is not a taboo anymore. If you have brainstorming idea, We recommend you move forward to  Develop a Dating App.

Around 20 million matches occur on dating apps and websites all over the world. And, this stat tells us that 40 million are a part of this phenomenon.

Hence, there is no doubt about the fact that with the growing economy of on-demand applications, this number is going to increase by manifold. So, if you are planning to Develop a Dating App like tinder that can help singles in finding the love of their life, then this is the best time for you.

It has been predicted that by the end of 2030, approx. half of the married couples across the world would have met their partners online. On average, an online dating service user experiences an expenditure of $243 on such applications and websites. And, for dating services, Average Revenue Per User is $4.30 in the present scenario.

Websites or Apps: What to Build? 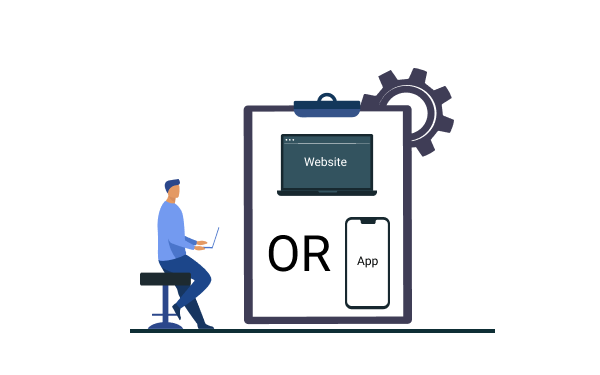 When it is about dating, it is the best option to Develop a Dating App. Thinking out why? Here are the reasons.

Firstly, the website is not easy to access when compared to an application. In addition to this, you are not away from an app as it is always there on your smartphone. And, this allows you to respond to the push notifications instantly. This is the reason why dating apps are getting more popular than dating sites.

According to recent research, 4 out of 5 people search for their “bae” on smartphones. And this is legit. Hence to create an app like Tinder is more revenue-generating compared to the website. Even there is a wide variety of dating apps available these days in the market such as serious dating apps, LGBT dating apps and more.

Creating apps is easy and preferable. So, if you wish to Develop a Dating App like Tinder, all you need is outsourcing your project to the right developer. Here it is also important to keep in mind to create your UI and UX as addictive as possible to keep your users stuck into it.

Read Also: How to Make a Voice Chat App like Clubhouse 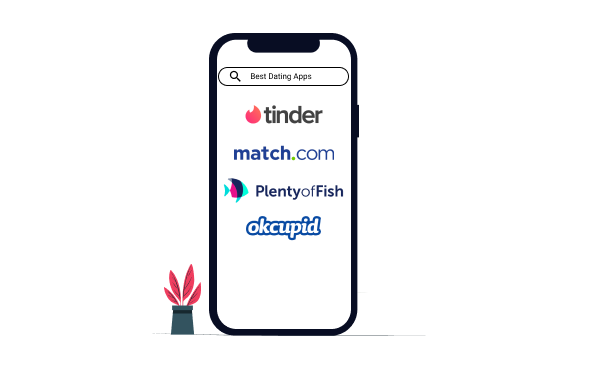 Here are a few dating apps that are most popular among the users.

You must be familiar with this name as Tinder is one of the most popular dating apps with 50 million users per month.

The number of users experiencing paid features of Tinder accounts for 4.1 million, with $800 million as the reported avenue of an app in 2018. The app continuously keeps coming up with new fun features like being able to “Super Like” a person.

Match appeared in second place after Tinder, with 32% of the mentions. The app offers a very easy sign-up process where the user doesn’t have to log in the application via Facebook. In the sign-up process, the users are required to add some photos and answer basic questions like their preferences and gender. Also, users have to create a username and password, if they are creating an account on Match.

Match also comes with an interesting feature, which is known as “Missed Connection”.

Plenty of Fish or POF is the third widely popular dating application in the USA. Just like Match, user need not link their Facebook account to their POF id. This means Plenty of Fish lets you remain anonymous and login via username which could be different from your real name.

OkCupid is the fourth widely popular dating application after Tinder, Match and Plenty of Fish.

This application has something different to offer from the above-mentioned apps. It doesn’t let users login anonymously but use their first names. Other than that, OKC is also well known for its suggestion of questions that aids in starting the conversation.

Features to Keep in Mind When Develop App like Tinder 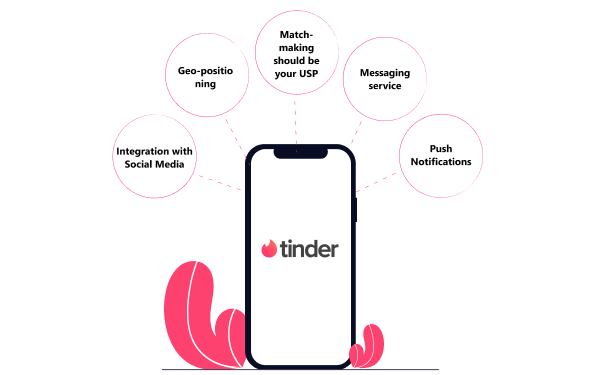 For example, Tinder allows users to Login with the phone number or Facebook. This feature is beneficial for the app as well as it helps application in collecting the data regarding the likes and dislikes. Moreover, the app will also be able to access the friend list of the user. Making users log in through their social media profile also prevent fake profiles.

If the user is from London and the suggestion of matches is from Manchester, then it will be of no use for the user. Thus, dating apps need to have location-based matches. You can even let users select their location preferences such as letting them set the distance limit for the suggested matches.

With the paid subscription of Tinder, users are allowed to change their location depending upon the place they are visiting it would be shifting to.

Hence, geolocation is an important feature when you create a dating app.

3. Match Making Should be your USP:

Matchmaking is all about the internal algorithms that are dependent upon the likes and dislikes of the users. No doubt, the algorithm of a dating app is not that simple, it is important to show people who have liked the profile before others.

At the end of the day, you want users to remain engaged with the app, isn’t it? And for that, you need users to continue to your application even if they found the right match. And the best way to do that is by adding the messaging facility.

Let your users strike the conversation through their app rather than looking for some other app to build the romance. And to do that, you would need a chatbox.

Chatbox facility also makes the app safe for your female users. If in case, they face instances of abusive or ill-treating behavior, they can directly inform the admin panel. In such a case, they would be safe by not sharing their contact details.

Push notifications are an excellent inbuilt communication bridge, which lets users know about the real-time activities of the app. Push Notifications are usually sent in the form of short and responsive messages.

The people using your app must be notified that there is a match and hence, push notifications play a crucial role when you create an app like Tinder.

How to Monetize a Dating App? 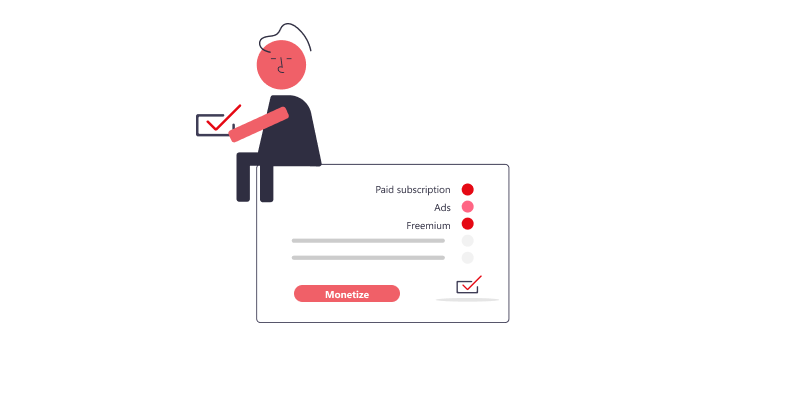 Despite there are a lot of dating apps available for free, there are still opportunities for application owners to make money with a dating app. Here are suitable monetization methods for dating apps:

Paid subscriptions are the most common monetization method. You can make users pay you for premium features or to take membership plans for the month, quarter or year. To make a subscription strategy different from others, you can create subscription packages for different periods.

For example, Tinder offers its users with two subscription packages: Tinder Gold and Tinder Plus. Paid members on Tinder get options like Rewind, Super Likes, Smart photos, Unlimited Swipes, Boost and others. Tinder offers many useful options for paid accounts; however, the basic version of Tinder also offers users enough functionality for a great dating experience.

In-app advertising is also a great option to make some money if an app constitutes a lot of non-paying users. Native advertising is generally the best for dating applications as it respects the functionality of the app. The cost of an in-application ad on Tinder is $5000. And, the most amazing thing about Tinder’s ads is that they don’t even interrupt users.

Some dating apps offer gifts like flowers, greeting cards and chocolate that users can buy. This can be profitable on some specific days like Valentine’s Day or Women’s Day.

You can also offer users third-party services like table and taxi bookings. Not only this make it convenient for the users, but providing an opportunity to plan a date in the application also makes it profitable for dating apps.

Want to Develop a Dating App Like Tinder? Get A Quote Now

Startups are risky ventures. Creating a lean Canvas allows entrepreneurs to validate their business idea before checking all the risks and starting development. Here is Tinder’s Lean Canvas to prioritize actionable items to build dating app like Tinder.

Development Team to Develop a Dating App Like Tinder?

If you want to build an application like Tinder, the project team should constitute:

No need to pressurize your mind too much, just go through applications like Tinder, Match or OkCupid and find the desired type. Whether you want to create something like already existing dating applications or have some unique idea in your mind, feel free to reach with our app development experts.

Dating app sector is sure to witness a massive revolution in the coming years. If you are planning to make a name for yourself in this industry, this is the perfect time for you to step ahead.

What Is The Difference Between Java and JavaScript

What Is The Difference Between Java and JavaScript

How Do I Hire Dedicated Senior NodeJS Developers From India