The Future Of MERN Stack Development 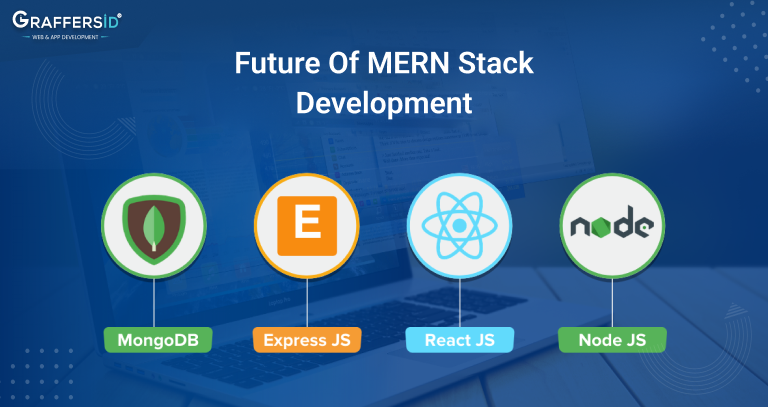 If you are not new to the development world, we bet you must have heard about MERN stack development. With the technological advancements in the world, it’s pretty natural to expect your software or mobile applications to have a stunning interface and offer an easy and highly interactive user experience. Factually speaking, unlike in the old days, the audience is smart, especially when it comes to digital technicalities. Therefore, developers work pretty hard to offer a digital asset that will not only satiate the user’s needs but also offer a seamless experience. The future of MERN stack development lies therein. Developers can use this MERN stack development technology to build high-quality applications and software and keep their audience entertained at all times.

So, if you are wondering if you should stick to MERN, here’s a guide for you. Read on to explore everything related to the MERN stack, its components, benefits, future scope, and what skills to look for when hiring a remote/on-site MERN stack developer.

What Is MERN Stack?

If we get into specifics, MERN is an acronym for MongoDB, Express JS, React JS and Node JS. In simpler terms, the MERN stack is a combination of these four technologies. MERN is an open-source JavaScript framework developers use to build highly interactive, creative and responsive web applications and websites. The four technologies that the MERN stack comprises are based on JavaScript. This allows developers to use extra open-source libraries or other elements to develop advanced websites. MERN stack is an open-source framework and is also called a well-known or full-stack development framework.

If we take a deeper dive, Express and Node are used to develop the middle application tier, where Express.JS is a server-side web framework, and Node.JS is a JavaScript server platform. React, on the other hand, is a client-side JavaScript framework well known for its request handling, and MongoDB is a document database.

Developers can use MERN technology to construct a three-tier architecture: front end, back end, and database. 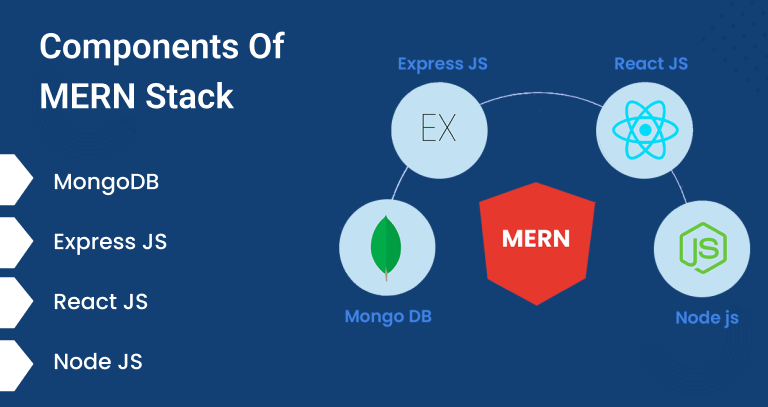 The sudden surge in MERN stack demand is probably due to the framework being built on four, different JavaScript technologies. Here are the four main components of the MERN stack:

The future of MERN stack developers depends upon their proficiency in the above technologies.

MERN stack development has a higher expectancy to grow in the coming times, particularly because it uses four leading JavaScript technologies to aid with the website or app development process. Here’s why MERN stack demand is expected to be high in the future: 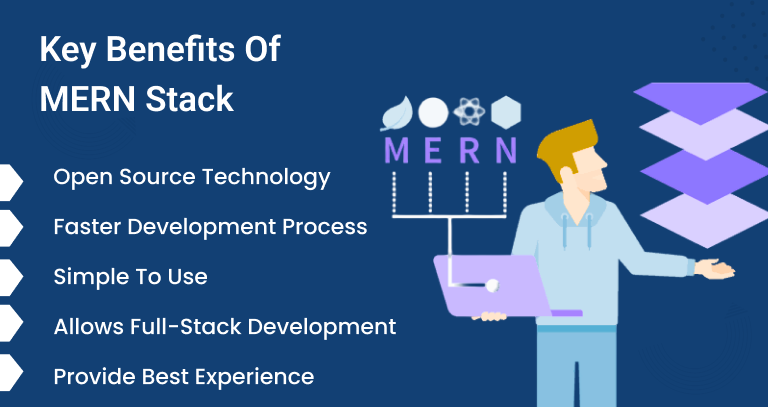 One of the reasons why MERN stack development is a common choice is because MERN can facilitate an open-source code. This aids a faster development process and allows your MERN stack remote developers to create highly engaging websites with a high interactivity rate. It also allows developers to employ new changes to the development easily.

Because the MERN stack is an open-source technology, developers are not required to develop a website or an application from scratch. They can use certain templates or already-made designs and add customizations, thus, resulting in a faster development process.

It is true that a MERN stack developer must be well worse in Express.JS, Node.JS, React and MongoDB. However, with a number of templates and features, the MERN stack is comparatively easy to use to make highly robust applications and websites.

Stating again, the MERN stack is a culmination of the above four frameworks. Each framework offers an added advantage and allows developers to build front-end, back-end, and databases through MERn stack development technology.

Apart from aiding a faster development process, MERn stack also allows developers to build highly secure applications. This can be quite beneficial, especially if you are building an app for an industry with high-security regulations, like the finance industry. So, apart from helping developers build fast, it also offers a highly secure and comfortable environment to the users.

Read Also: Mean Stack vs Mern Stack: Which is Better?

Once developers complete their MERN stack course, they are highly proficient in the four main frameworks of JavaScript. This gives them an edge over the competition and opens paths for great career opportunities.

When it comes to freelancing rates, developers are usually hired at a rate of $29 per hour.

What To Look For When Hiring A MERN Stack Developer?

MERN stack developers are usually responsible for writing efficient, testable and reusable codes for the development and designing of a front-end web application.

For starters, if you are looking to hire a remote MERN stack developer, you must ensure they are highly proficient in MongoDB, Node.JS, React JS and Express JS. This will allow you to hire a developer who can make a front end, back end and database. Hiring such developers will give you an edge over your costs and expenses and allow you to rely on a single person rather than appointing a whole team.

In fact, the reason for an increase in MERN stack demand is particularly because it allows companies to build highly engaging, robust and complex websites easily.

Responsibilities to look for:

In short, a MERN stack developer will have responsibilities like:

Apart from an in-depth knowledge of the four components of MERN, the developer you hire must also be able to combine different UI elements with the JavaScript object models. They should also have experience in creating RESTful services with node.JS and should be well-versed in OOP and database concepts.

The developer should have proven experience in front-end and back-end development and use HTML5, LESS, SASS and Angular to build applications.

In addition to this, a MERN stack developer should also have enough knowledge about the modern framework, and design patterns and should have the ability to curate units and integration tests for testing purposes.

If we talk about soft skills, they should have a team working, analytical, problem-solving and self-motivation skills. Here’s an idea of the skill set required for a MERN stack developer:

A MERN stack developer should have at least a bachelor’s degree in computer science, IT or a related field.

MERN stack developers are in high demand in the tech industry due to their ability to develop full-stack web applications. MERN stands for MongoDB, Express, React, and Node.js. These four technologies together allow developers to create powerful web applications from scratch with a single language – JavaScript.

MERN stack developers have a bright future ahead of them as more and more companies are embracing the idea of full-stack development. With the increasing demand for web applications, MERN stack developers can expect to find plenty of job opportunities in the near future. They will also be able to benefit from the ever-evolving technology landscape as they will be able to stay up-to-date with new tools and techniques that come out on a regular basis.

Are you looking to hire remote MERN developers? Fill out the below form to contact us today and hire right. We help you to shortlist the true talent around the globe which allows you to hire highly professional MERN remote developers willing to offer you their expert insights into the development process.