Here are Programming Languages that will Trend in 2022 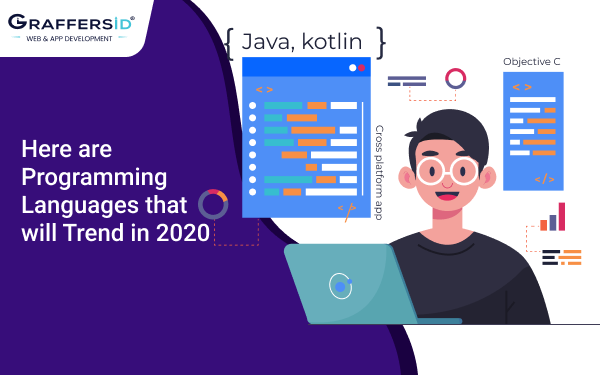 So, without any wait, let’s have a look at the programming languages that will be trending in 2022 and the coming years.

Rust is a multi-paradigm system programming language that enables everyone to build efficient and reliable software. Syntactically, Rust is similar to C++ however it provides better memory safety, along with maintaining high performance.

Rust has been successful in proving itself as a great language with a vibrant and active community. With Facebook building its biggest project ever, Libra, on Rust, we can clearly say that Rust has made off. And, this year Rust is sure to become mainstream officially.

Here are the operating system and related components that are programmed in Rust:

Python, released in 1991, was created by Guido van Rossum. Python is one of the simplest languages, which is also high-level, user-friendly, easy-to-learn and fast-to-code.

According to a report from the IEEE spectrum, Python reigns in the enterprise, web and embedded programming landscapes and is a king for a majority of ranking metrics. Python is a gold mine of opportunities that help developers to build virtual-based reality applications. This versatile language offers a seamless experience, aids in creating a wide range of applications using trending technologies like machine learning and artificial intelligence.

Few applications of Python include:

Java appeared in the industry in 1995, with a flexible option to run any browser window. Java is a general-purpose programming language that is class-based, simultaneous and object-oriented. Java was designed to allow application developers to write code once and run it anywhere without recompiling.

A recent survey conducted by the TIOBE stated that Java is a top programming language.

Java adapts to a dynamic environment, which means promotes dynamic allocation of memory, which increases the performance of the application and reduces memory. By using a bytecode, which can be easily translated into machine code, Java achieves high efficiency.

Java is mainly used in the development of:

This powerful and intuitive programming language is designed to work with Apple’s Cocoa framework. The primary aim of Swift was helping developers to build applications that can run efficiently on Apple devices. Swift removes all the unsafe codes and tracks all the errors which eliminate the incorrect application operation.

Here are a few applications of Swift:

Appeared in December 1995, Javascript is a dynamic language, which is multi-paradigm and prototype-based. Javascript supports imperative, object-oriented and declarative style by being the language of the web.

Javascript ensures no vulnerabilities and improves the possibility of data validation. Javascript is used for client-side programming and server-side. The language offers consistent updates, which help you meet market expectations.

Javascript is a widely-used programming language, which enables the developer to create high-level applications. It works well for the WEBVR platform that is involved in the production of a web-based application.

Here are some of the applications of the Javascript framework:

PHP, also known as Hypertext Preprocessors, is a widely used language for web-based applications. It enables developers to create interactive and dynamic web pages that effectively work with the database. PHP, being easily embedded in HTML files and HTML codes, is also considered as a general-purpose programming language. If you wish to get development from the server-side, then this is the language you wish to choose.

Here are some of the applications of PHP:

Ruby is mainly utilized for building:

Kotlin, designed by JetBrains, made its first appearance in 2011. Kotlin has gained momentum as an official language for Google and Android. It is popular as one of the best statistically typed, cross-platform, general-purpose programming language.

Kotlin is a distinct language that is expected to boost productivity in 2020. This modern language is beneficial for beginners and can be used as an entry point for web development. Utilizing the Kotlin multi-platform framework, one can select a shared codebase that runs two platforms at the same time.

Here are some of the applications of Kotlin:

Comparing languages and choosing the right one for your project is an intimidating job. Figuring out which language is best for you to depend on the requirements and the futuristic approach that you wish to follow in 2020. Considering the rapid growth in the tech industry, it would not be wrong to say all the languages are essential to building a next-generation app.