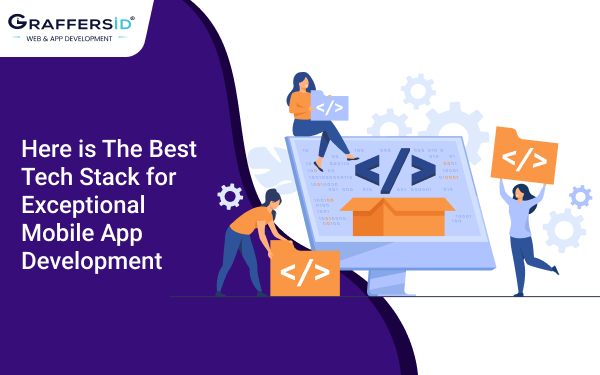 Bringing an idea to execution, engaging target users and driving the profit. Isn’t the app is development is more than a tough task?

Developers strive to develop challenging applications that can lure the tech-savvy generation, however, in most cases their product backfires due to the wrong choice of the technology stack.

The competition in the mobile market is rising to the next level, coming up with off-putting and buggy application that is build using outdated tech stack is a bad idea. This will not only hamper the reputation of the firm but also make your competitors succeed.

Here are top technology stacks that can you choose to create a top-quality application:

Technology Stack for iOS Apps in 2020

Based on C, Objective C is High-Level Language, developed for building iOS applications before the inception of Swift. This superset of C language is used by several app development companies to build applications for Mac, iPad, iPhone, Apple watch and more devices.

Some of the reasons which make Objective C the reliable option are:

Swift, widely-used programming language for building top-notch iOS and OS X application, is a multi-paradigm open-source language. A recent survey by Stack Overflow shows that Swift is the highly preferred language by the professional developer community.

Here are a few reasons why Swift is in the focus of attention:

If you are using Swift as the programming language for developing the native application, then you will need Apple Xcode as the toolkit. The full-featured development environment offered by the Apple Xcode toolkit lets you create mobile as well as desktop applications. Xcode comes with instrumentation and debugging tools, integrated support for Git repositories, a graphical editor to build user interfaces and integrated documentation.

The iOS SDK includes an API that serves as a link between software applications and their platform. APIs can be built in several ways and include helpful programming tools.

Technology Stack for Android Apps in 2020

For Android App Development, Java is always at the top of the list. Java is an object-oriented programming language which comes with rich libraries and tools that make it easy to craft top-quality mobile applications. Here are some of the reasons which make Java one of the preferred languages to craft Android applications:

When compared to Java, Kotlin is new, which came into existence in 2011. The language is a perfect solution that combines simplicity and power.

Kotlin is not only a popular OOP language, but also supports high order functions and lambadas. It increases speed and makes it easier to perform day-to-day development tasks.

Here are the benefits of using Kotlin:

This approach means developing a mobile application that can be used flawlessly on multiple mobile platforms. A cross-platform approach allows developers to build an application using a single code base, which can run on different platforms simultaneously.

React Native introduces a radical, novel and highly functional approach to construct the user interface. With React Native, your application logic is written and runs in Javascript, and the application User Interface is completely native. The perfect examples of such applications are Skype and Instagram.

You can also use the Typescript language to build a cross-platform application. Typescript provides excellent features for quick and easy error detection when writing React components. Generic components are of great benefit in the TypeScript toolbox. They provide an extra level of safety when tightening feedback loop, writing components and helping you find errors quickly.

Xamarin is a tool for cross-platform mobile app development, which uses C# as the main-language for cross-platform development. C# is a statically typed language with IDE support and mature tooling. Apps written in C# are cross-compiled to native iOS and Android binaries. It’s even possible to use functionality from within C## code and device-specific APIs. For example, applications like Slack and Pinterest are built with Xamarin.

Hybrid App Development makes use of web technologies such as HTML5, CSS and Javascript. The shared

Technology Stack for Hybrid Apps in 2020

There is a different framework for cross-platform app development. Here are a few of them:

Developers mainly rely on CSS and HTML to build the user interface as PhoneGap supports libraries such as Angular JS, jQuery and Knockout.js.

While using Cordova, developers don’t rely only on HTML and CSS to build the user interface as it supports numerous frameworks and libraries such as Angular JS, jQuery and Knockout.js.

Ionic is an Angular JS based framework, which is why it supports the community with a famous framework and shares a whole set of advantages. The critical ability to make hybrid application having a native look is also well implemented with Ionic.

With Ionic, you just need to design an application once and you can deploy it across Android, iOS and Windows devices. The key benefits of using Ionic include:

The aforementioned are the trending technology stack for mobile app development. You can choose the one which aligns best with your vision and the needs of your project. The informed choice will not only make a dominating presence in the web world but will also help you hit the moon.