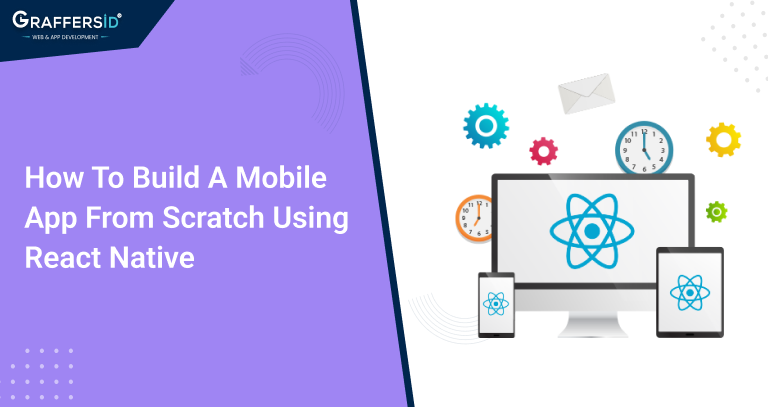 With the upheaval, or say, the breakthrough from the past, has created a pressing need for a shift from business models with real-life approaches to digital platforms with a technological approach to solving human problems and their growing needs. Developers these days have come up with excellent ideas to build a mobile app using React Native that runs on both iOS and Android.

With the view of digital platforms revolving as the central focus for our everyday practices ranging from shopping to communication, from global awareness to entertainment, from gaming to healthcare; hence with these, the years-old businesses to new start-ups all have realized that it is indispensable to keep up with digital platforms to survive in the market in this century.

React Native has been a sky-scraping tool for the app-development industry. And also, it’s been most suitable for companies to do the same.

What is React Native?

React native is a framework for building native apps on Android and iOS using JavaScript.

React-native came into the limelight for the first time in 2015 with the launch of the massive success of Facebook. Its popularity and usage gradually increased, and now it is the first choice of every developer. Most apps, from social media apps like Instagram and Facebook to human help apps like uber eats, are built with React-native. 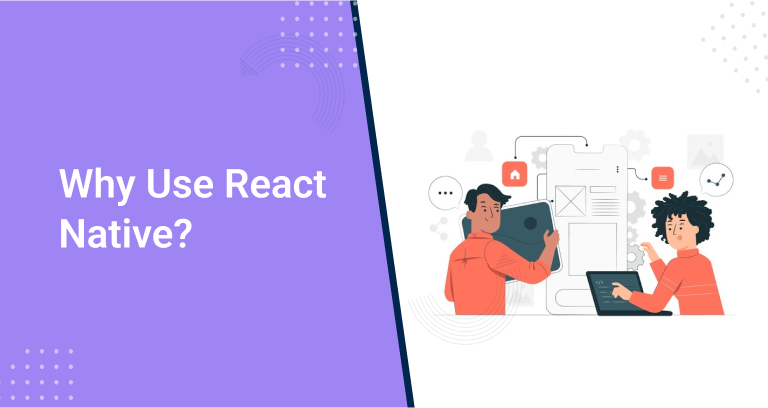 Well, anyone reading this article might undoubtedly be questioning the same. So, here’s the answer that would probably change your doubtful sight to a convinced view for the use of react-native.

There are plenty of reasons for REACT-NATIVE to win developers’ hearts globally.

Most companies prefer the development of an app using React Native because they do not need to hire two teams of developers maintaining 2 code bases, one for iOS written in swift or objective C and another for Android written in java or Cartland. Instead, by react native with a single codebase that can run in both iOS and Android, the company saves the funds and the efforts of hiring multiple teams.

It saves time after creating two native apps that could probably facilitate iOS and Android separately to a single codebase that could cross-platform and run in both. This is possible only with the use of React-native.

React-native is highly user-friendly. It is easy to learn, well assisted, and requires only basic knowledge of JavaScript like style, text, etc. Most importantly, one does not require prior knowledge of iOS or android programming.

React-native has a fantastic feature wherein “Out-The-Air” updates can be made on the backend side even when the user is actively using the app and is reflected immediately at the user interface. It is also made accessible instantly. And insightfully or more specifically, the user does not have to go to the play store or an app store to make the required update since it gets updated automatically. This feature is also called “Fast Refresh.”

Apart from all these benefits mentioned above of react native, the most fantastic feature of it is it allows easy migration of UI tools and many other tools to personalize the application to its best.

So, these magnetic properties and enduring react-native features would have caught all your attention.

Read Also: React Native vs Xamarin vs Ionic vs Flutter: Which is better?

How to Build a Mobile App using React Native?

There are two ways to get the best output or to get the finest application done; one is by hiring a MERN stack developer and another by developing the same by using react-native and having basic knowledge of JS hand in hand.

So, let’s straight look into both the approaches in-depth:

Here MERN stands for MongoDB, Express.js, ReactJS, and Node.js. Fundamentally, MERN is an assemblage of technologies that helps in the development of an app and makes the process faster and easier.

The primary purpose of the MERN developer is to develop an application using JavaScript only. [a MERN developer works on developing and designing both]

These developers have a thorough knowledge of designing and are specifically well equipped with all modified features, launched updates, and revised properties of JavaScript.

Hiring a remote MERN developer is advisable since it facilitates speedy delivery of a practical solution. Also, remote hiring enhances the project’s scalability and magnificent flexibility. Before hiring remote developers, you will need to change your management style and workflows, including plans, functions, etc., to accommodate or successfully incorporate the remote workers.

Another great or greatest of all advantages is its cost-effective technique since it eliminates the overhead costs of developers for the company.

So, building a mobile app using React Native by a developer is quite advantageous.

Factors to Keep in Mind While Hiring:

If one hires a MERN developer who could use native JS and easily accommodate with react native, that will increase developmental capability and productivity and help market expansion. Since there are no fund expeditions over different teams hiring for iOS and Android, the same can help in spending funds over app engagement.

Develop the same by using react-native and having basic knowledge of JS hand in hand. 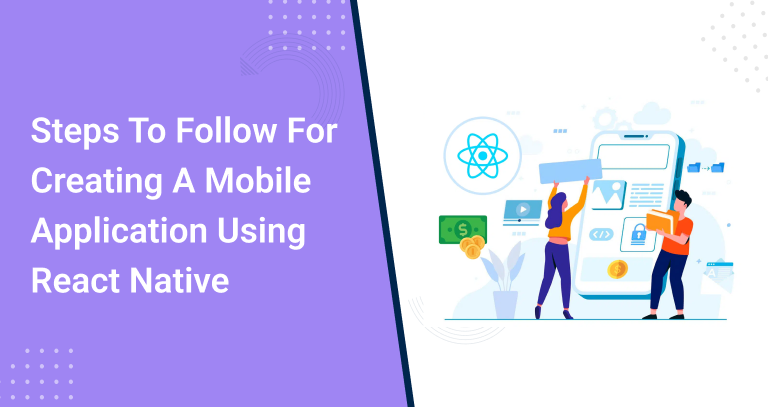 Since we are starting to build a mobile app using React Native straight from scratch, there are some extra steps you need to follow.

If you really want to lessen your burden, get in touch with GraffersID to hire remote React Native developers having good experience and knowledge.

We’re just a call away.