Angular vs React: Which is better and how? 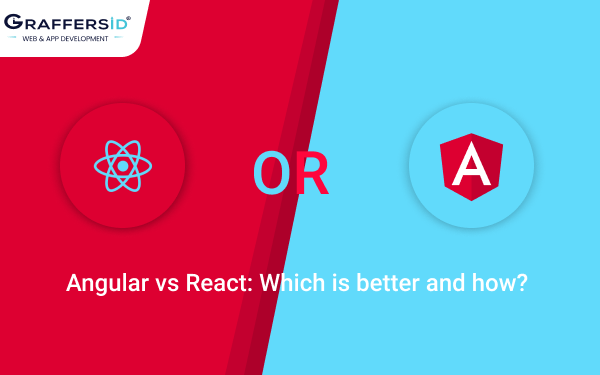 We are living in a technology-mediated world. In evolving technology trends we want our hands on the best technology to develop apps. Speaking about the same, we often find ourselves in the simmering debate on what is better between- Angular vs React? And the moment the question pops into our head, we find ourselves comparing the apples and the oranges.

The reason behind it is that one is the framework and the other is a library that helps to create or develop an interactive app. Moreover, both of them work differently to offer somewhat similar functionalities. It is one of the most crucial dilemmas one is faced with, after determining the right mobile development ideas for start-ups.

The Internet is flooded with a plethora of articles on “Angular vs React “. And this debate is becoming a center of attraction in online space which is better among the two. And, to be very honest we don’t just want to storm your search lists with another yet similar article about the same.

So, here is the thing that you should understand about Angular vs React and how these two even being different add value to the overall website development realm.

Angular was always considered as the golden child in the entire family of the JavaScript framework. And, you may wonder why? It was introduced by the renowned giant Google in the year 2009.

And, it was then built with the concept “Model-View-Controller”. It is used to build a single-page application using Typescript and HTML.

When Angular 2 was released it brought about innumerable changes to the original framework. The architectural style was then switched to that of the component-based one.

The release of Angular 4 brought about more advancement in this realm. It meant that the angular applications can be rendered easily even outside the main browser.

The version was concentrated on optimizing the overall Angular CLI as well as the compiler work.

In this version, the functions while using Angular became more intuitive. Moreover, the applications received a plethora of improvements in the size as well as the performance of the code-base.

It is the latest version of Angular. In this version, two new elements were introduced which were mainly, Bazel as well as Ivy Renderer. The other most important improvement that this version entailed was differential loading.

Currently, we are obsessed with the recently released Angular-10.

Want to Hire Angular Developers? Get a Quote Now

It is one of the renowned JS libraries today that is used widely to create robust mobile applications.

In simpler terms, it is a widely popular JavaScript library. React was created in the year 2011 by Jordan Walke to create a library that could be useful in building dynamic as well as responsive websites.

Moreover, you must have heard about the MVC. MVC is a popular abbreviation used for Model-View-Controller. React is the V in the MVC, and along with JavaScript is creates the view components.

Moreover, the React library makes use of the JSX, which further helps it to structure the component syntax template. Though it was developed in 2011, it was made open to use only in the year 2013. And, till date, it is used widely for application development services for its usefulness.

Now, we come back to the question we started writing this article for!

Want to Hire ReactJS Developers? Get a Quote Now

First of all, if you are a developer then you would be relieved to know that React offers a lot of job opportunities. And if the studies conducted by Stack Overflow are to be believed then React is one of the most sought-after development frameworks in the market today as well as for the recruiters. 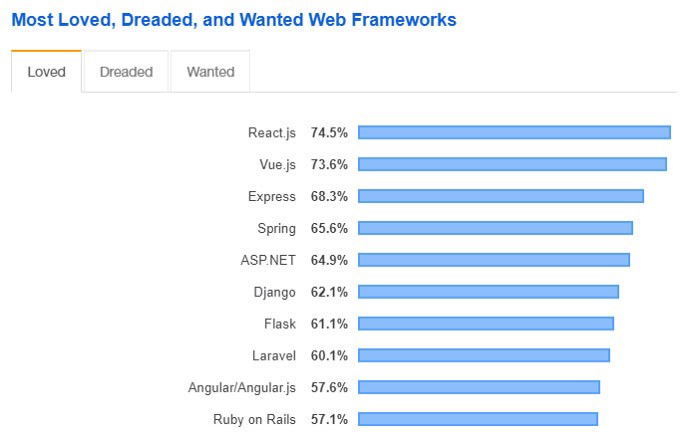 Before delving into our series of arguments further, let’s focus on our topic ” Angular vs React “-

React is easier to learn, and you can get yourself acquainted with it. On the other hand, Angular is among the biggest JavaScript libraries, and hence, the scope of learning that comes in the Angular is too vast.

And, it makes it more difficult to have command over as compared to React. If you are an Angular developer, then you can easily learn React.

But, keep in your mind this fact, that there are a plethora of practices in React that can be time-consuming if you wish to have command over these.

If you wish to know about Scalability, then, of course, our vote goes to Angular as it is much easy to scale.

On the other hand, React is testable, but it doesn’t allow that much flexibility if it comes to be compared with the top-notch scalable features of Angular.

If you want to discuss community support, then Angular without any second doubt has a credible and strong community base and support system.

And, it can also be made clear with the fact, that if the developers have a choice among the two, Angular vs React, they would prefer Angular. If this fact, doesn’t make Angular the clear winner then we don’t know what will.

Time invested in set up

If the point of the installation is to be considered then Angular has won our votes. It is because Angular takes less time to be installed in a source system.

And, react, on the other hand, takes too much of our time. Moreover, React may deliver the application solutions faster as compared to Angular which has witnessed a lot of delays in the delivery realm.

You will have to update the corresponding model the moment one change is made. On the other hand, the two-way approach of Angular can prove to be quite helpful in this realm. It ensures the changes are automatically made in the model system the moment a change is initiated.

When it comes to the fact of testing& debugging, Angular provides an option to do the coding and debugging with just one tool. Whereas, speaking of React, it involves the requirement of different types of tools.

Type of the applications built

Now, question yourself. Do you want to develop an app? If yes, then what will be it and how will it function?

A React can prove to be a resourceful option if you want to create, hybrid, native, and web apps. But, if you just want to develop a Single page application then Angular is the ideal choice.

Moreover, Angular is the best choice if you wish to create feature-rich as well as large-scale mobile-based applications.

Examples of companies using the above-mentioned

Angular– On the other hand, Streamline Social, Beam, Mesh, and Auto Trader uses this for mobile or web-based application development.

Speaking about React- It came with a clause that hindered its usage when it comes to being used by Companies. This issue was solved later.

Angular, on the contrary, is supported by Google and hence has a free open-source license. The aforementioned makes Angular the best choice for companies around the globe.

We have listed how Angular and React are better in their ways. Of course, one offers many features as compared to the other. But, no matter what, the preference of using just one depends solely on the type of project and the requirement it entails.

Often an experienced mind can make this choice without any failure. It is why it is recommended to hire a dedicated web and applications development service provider!

And, if you are still in two minds, then don’t contact us! And, we will be delighted to enlighten you with our vast scope of services and expertise.

On a parting note!

We can conclude that both Angular and React are two very different instruments used for web and application development services. You might come across certain statements and arguments that denote how one is better than the other.

Wait a minute, even we did that right? But, we also recommend you not to restrict yourself to just one. Both of the above are useful in their ways. If one is apple then the other is orange, you can’t decide between the two but you can always choose what to eat and what not to, depending on your mood and taste.

Well, the same goes for Angular and React! Make a wise decision with only considering the project in hand.