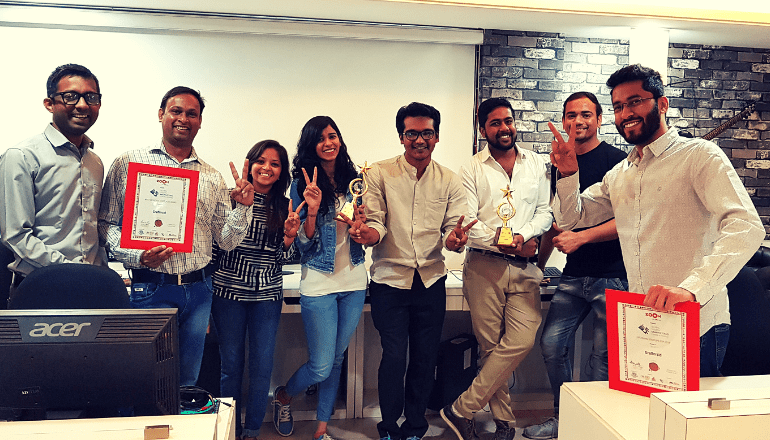 Zoom Media one of the most prominent names in the media industry is widely known for its video content. Zoom caters to a wide range of audiences and has a presence in almost all the major form of media distributions which includes Video, Social Media, TV Series, Movies, Documentaries, etc.

Zoom being present across the globe organizes an annual event to recognize the companies who have made a significant difference in the year. It brings together the leaders from 42 countries to give away the awards to the achievers. Zoom has multiple categories where each category targets a specific set of the companies. Ranging from startups to MNCs like Mi, Nike, Accenture, etc. They have it all.

With so many names under 1 big roof of an iconic Taj Hotel, it is much like a paparazzi moment. Standing on a same podium and receiving the award is like a-dream-come moment. Interacting with such learned minds takes the discussion to a whole new level.

Graffersid received not just 1 but 2 awards for the “Most Impactful Company 2019” and “Upcoming Startup of 2019” award. We started the company with an aim to Increase the startup success rate and in 2019 our successfully operational client’s percent increased by 10% to an all-time high of 85%. When the world’s startup success rate stands at less than 10% we are proud of our team to have made a continuous effort to bring about these results.

We shared the stage with companies to the likes of: